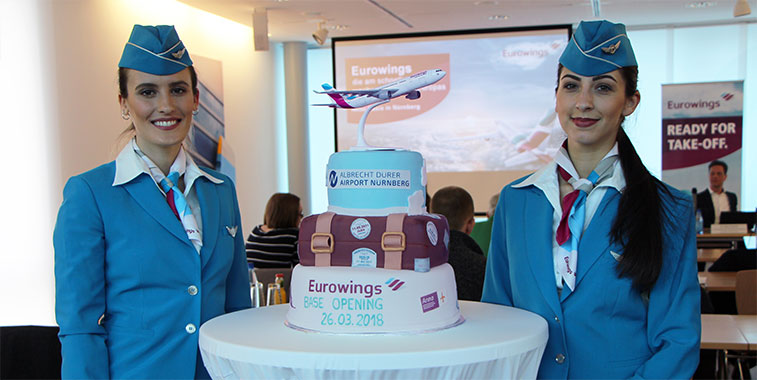 Eurowings opened its latest base on 25 March, when it commenced base operations from Nuremberg. Initially starting with routes to Catania and Heraklion, the LCC will add flights to Olbia later in the summer to its existing services from the Southern Germany airport. 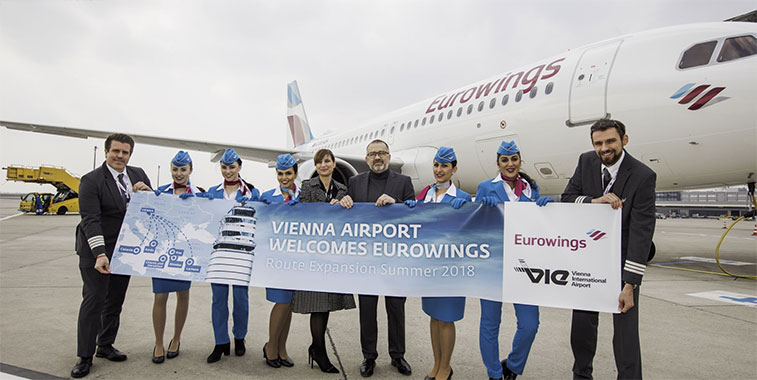 Eurowings launching a route expansion from Vienna starting on 25 March. The German LCC inaugurated flights to Catania this week, with services to Larnaca, Corfu, Chania, Heraklion, Kos and Rhodes to be added later in the summer. “Eurowings, which has six aircraft stationed at Vienna Airport, is contributing to the successful growth of the Vienna flight hub thanks to its numerous new flight connections. The steady route expansion of Eurowings in Vienna not only underlines the potential of Vienna Airport, but also our good cooperation with the airline,” said Julian Jäger, Joint CEO and COO of Vienna Airport. The new routes were officially opened by Belina Neumann, Head of Aviation Marketing of Vienna Airport (fifth from left) and Dieter Watzak-Helmer, MD Eurowings Europe (sixth from left).