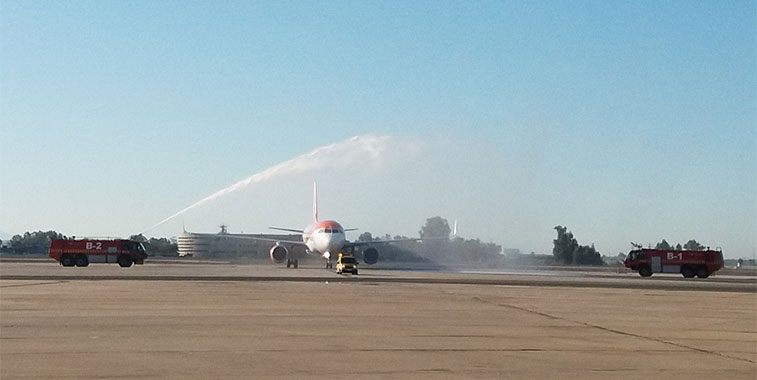 easyJet began a twice-weekly service from Edinburgh to Seville on 26 March. The UK-Spain sector was welcomed upon arrival at Seville with this water arch ceremony. 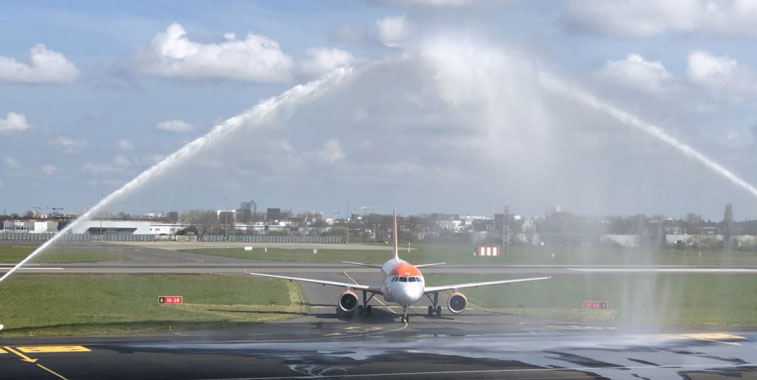 Another fire truck water arch was dispensed for a new easyJet route to Rennes on the same day. This time it was for the 576-kilometre domestic sector from Lyon, which will face competition from HOP!, with its 16 times weekly operation.