Georgian Airways commenced flights to Bratislava on 25 March. Among the festivities at the Slovakian capital airport were a ribbon and cake cutting ceremony. Having the honour of cutting the ribbon were: Deputy CEO of Georgian Airways, Giorgi Gorgiladze; Georgian Ambassador to Slovakia, Revaz Gachechiladze; State Secretary Ministry of Foreign Affairs of Slovakia, Lukáš Parízek; Slovakian Ambassador to Georgia, Rudolf Michalka; Director of Aviation and Strategic Marketing of Bratislava Airport, Radek Zábranský; plus the first flight captain and members of Slovak folklore group Vienok. Georgian Airways will link Tbilisi to Bratislava twice-weekly (Mondays and Saturdays). 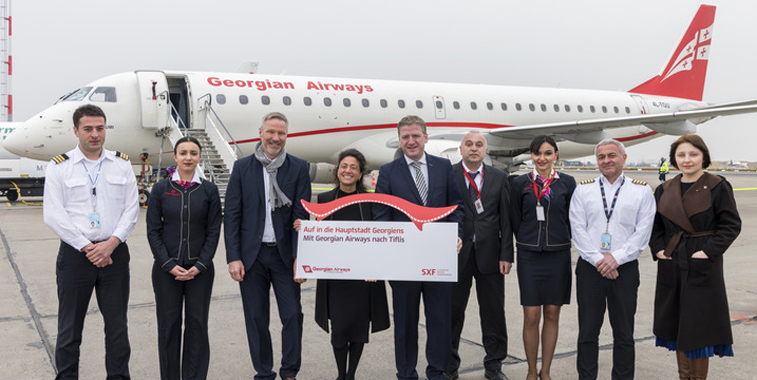