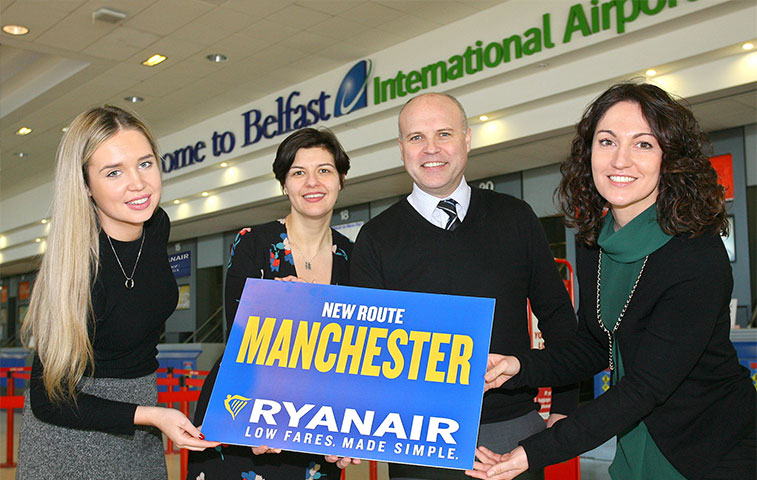 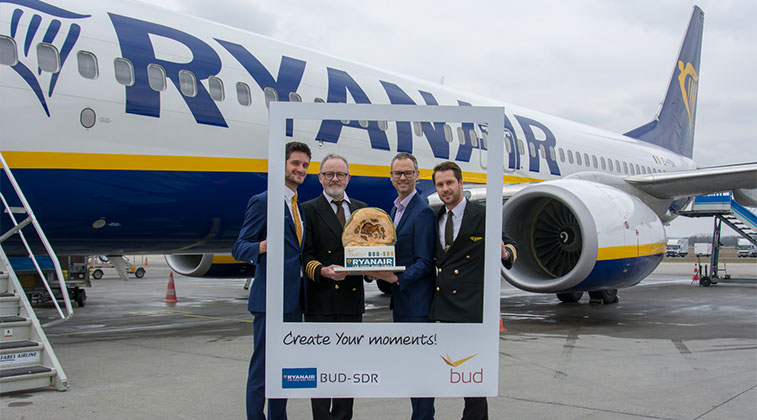 Ryanair added a twice-weekly service from Budapest to Santander on 26 March, which sees the Hungarian gateway now offer 11 Spanish destinations on its network this year. The ULCC also launched the airport’s first connection to Paphos, adding to Budapest’s growing list of destinations. “It’s always a pleasure to launch a new connection from our airport, and to be able to welcome two in as many days with a valued partner is a very good reason to celebrate,” enthuses Balázs Bogáts (second right), Head of Airline Development, Budapest Airport. “Ryanair now offers 36 destinations from Budapest and, having seen a fantastic 23% increase in passengers from our airport in 2017, we look forward to working closely with the airline during what is already promising to be another successful year of traffic development for Budapest,” added Bogáts. 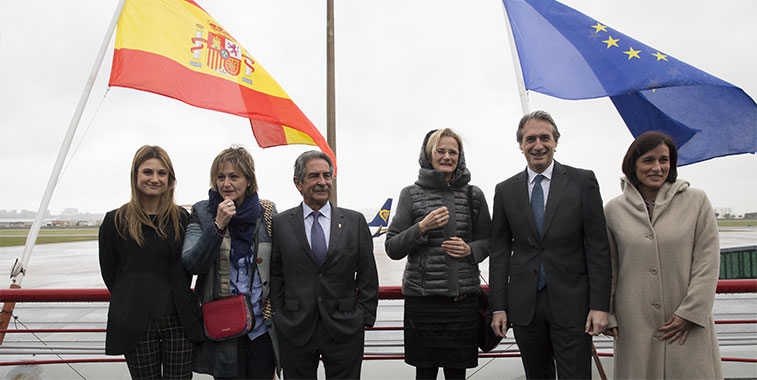 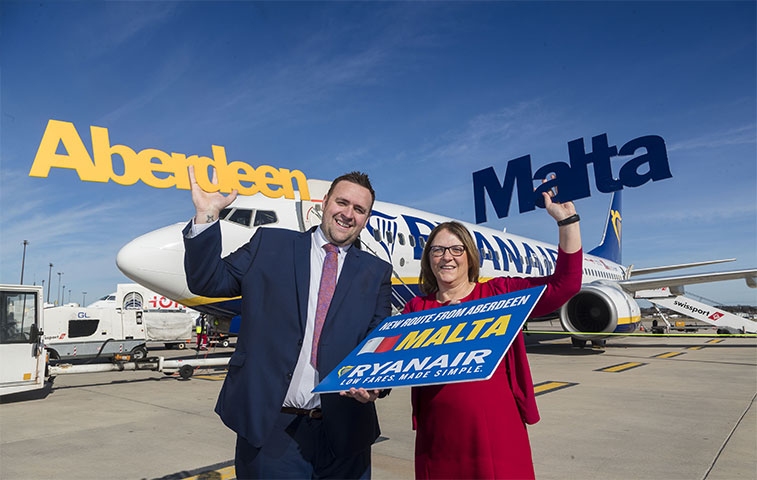 Carol Benzie (right), MD of Aberdeen Airport said: ‘Ryanair’s new route to Malta, which launched this week, is a truly exciting addition to our growing network of summer leisure destinations.” The Irish carrier will operate the service twice-weekly, and it joins its existing operations to Malaga, Faro and Alicante. 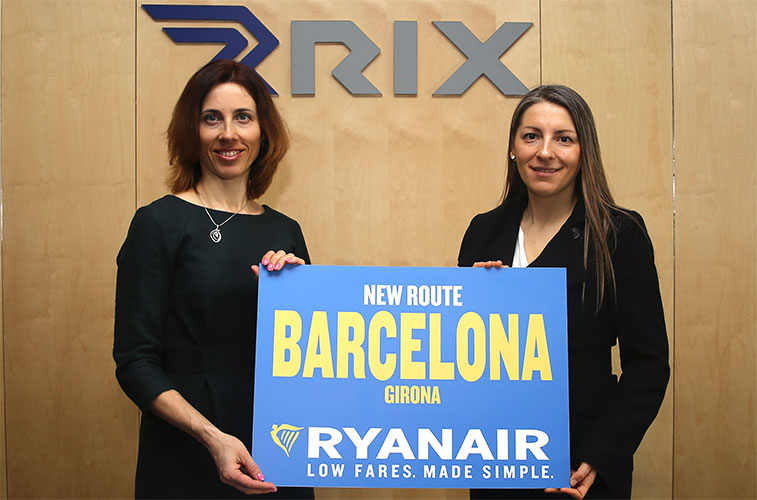 Ryanair linked Latvia and Spain, with a new route from Riga to Girona beginning on 25 March. Holding the ubiquitous ULCC placard were Liene Freivalde, Director of the Aviation Service and Business Development Department and Laura Audariņa, Route Development Manager at the Baltic city airport. 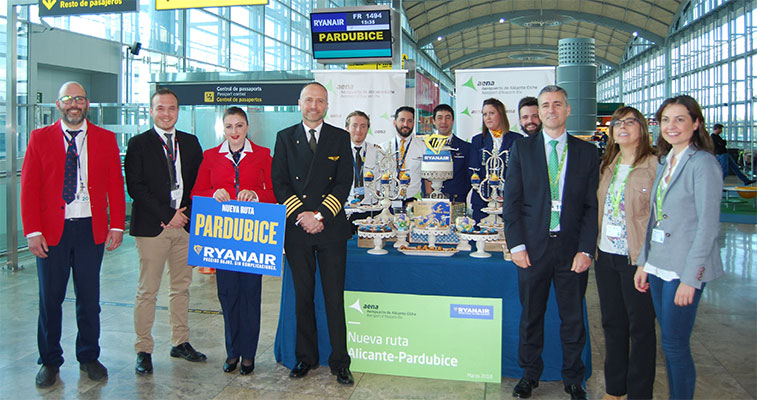 The Irish ULCC started a twice-weekly service from Alicante to Pardubice in Czech Republic on 26 March. It will not face any direct competition on the 1,832-kilometre city pair.