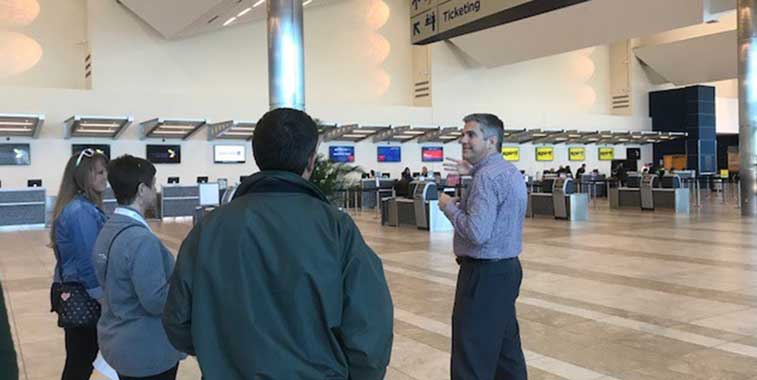 Volaire Aviation Consulting’s second Air Service Forum took place between 14-16 March in Myrtel Beach. The event kicked off with a tour of Myrtle Beach Airport. Delegates were led by around the facility by Kirk Lovell, Director of Air Service & Business Development at Horry County Government. 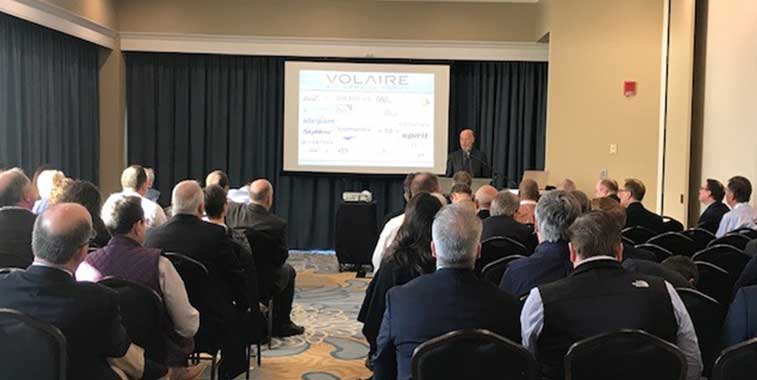 Michael Mooney, Managing Partner at Volaire made the opening remarks at the consultancy’s second Air Service Forum. In addition to 236 one-to-one meetings between airlines and airports, the event included over five hours of educational content including presentations on small community air service success, the outlook for regional jets and updates from both Spirit Airlines and Southwest Airlines. After taking in views of the sunset, delegates at Volaire Aviation Solution’s second Air Service Forum were treated to a welcome reception and dinner at the Wachesaw Country Club. There were plenty of opportunities to catch up and an evening of networking was enjoyed by all.