airBaltic takes flight on new services from Riga and Tallinn 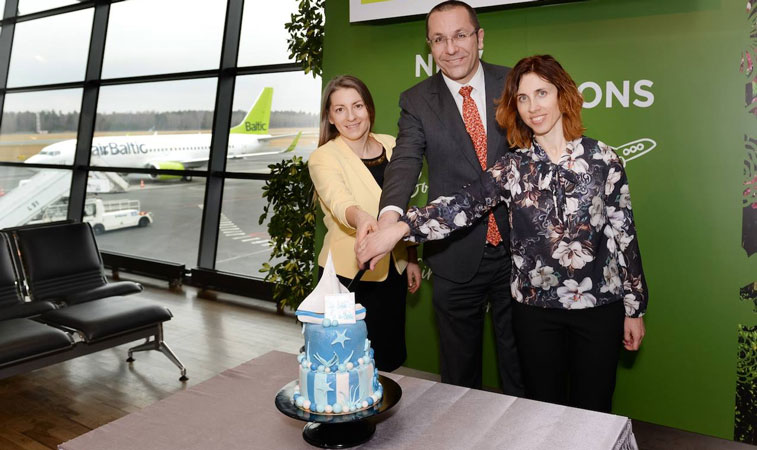 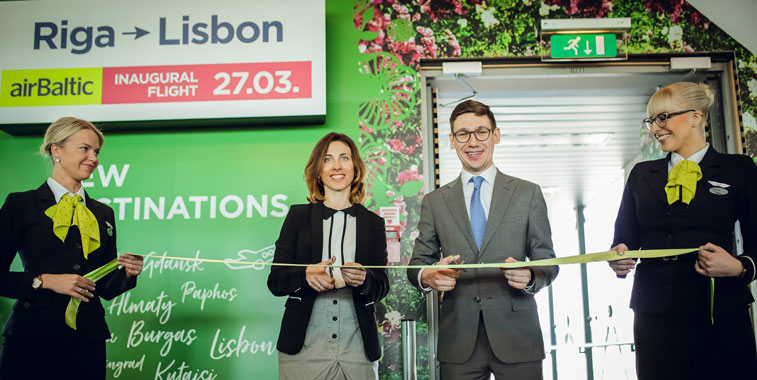 airBaltic also inaugurated flights to Lisbon from Riga on 27 March. Liene Freivalde, Director of the Aviation Service and Business Development Department, Riga Airport and Mantas Vrubliauskas, Network Development Manager at airBaltic had the pleasure of carrying out the ribbon cutting to officially open the 3,135-kilometre link between the capitals of Latvia and Portugal. airBaltic will operate flights on the city pair twice-weekly (Tuesdays and Fridays) using its CS300s. 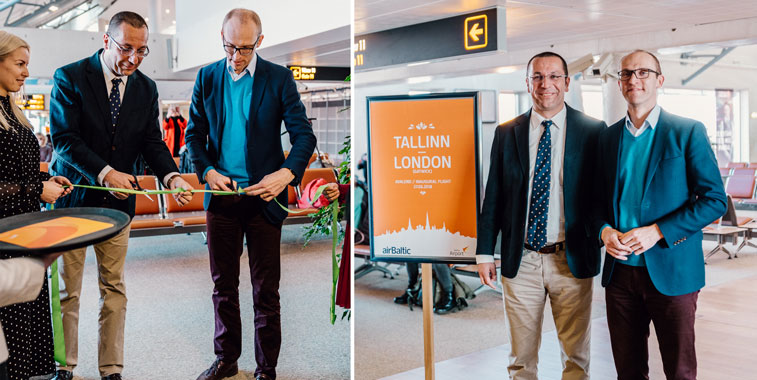 Tallinn Airport also welcomed expansion with airBaltic for the start of the S18 schedule, with the carrier launching a new twice-weekly (Tuesdays and Saturdays) service to London Gatwick. Present at the launch on 27 March were Wolfgang Reuss, SVP Network Management, airBaltic and Eero Pärgmäe, CCO of Tallinn Airport.