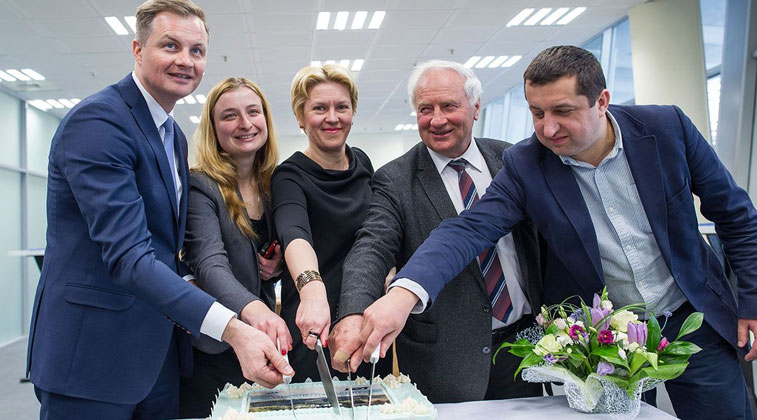 Among those cutting the cake, made for LOT Polish Airlines’ latest link to Lviv from Olsztyn-Mazury on 27 March were Marcin Kuchciński, Chairman of the Olsztyn Civic Platform (left) and Tetyana Romanovska, Director of Lviv Airport (centre). The Star Alliance carrier will operate between the two airports twice-weekly (Tuesdays and Saturdays).