Norwegian flies to The Live Music Capital of the World 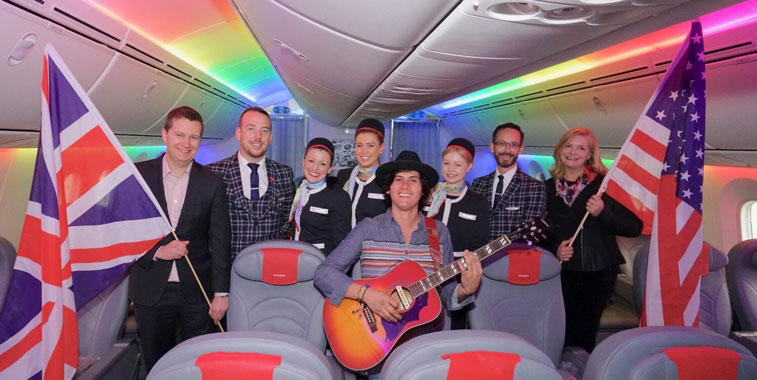 Music was in the air at London Gatwick as passengers on the inaugural Norwegian flight to Austin experienced the sounds of the city before they took off. The ‘Live Music Capital of the World’ is famed for its live music and to celebrate the first flight from Gatwick, passengers enjoyed a live acoustic performance from local Austin artist Julian Acosta on the ground and in the skies before landing in Texas. Posing with Acosta along with the crew, while raising the flags of the UK and US, were Stephen King, Head of Airline Relations, London Gatwick and Julie Chase, VP and Chief Marketing Officer at Visit Austin. Photo credit: Tony Pick Photography. 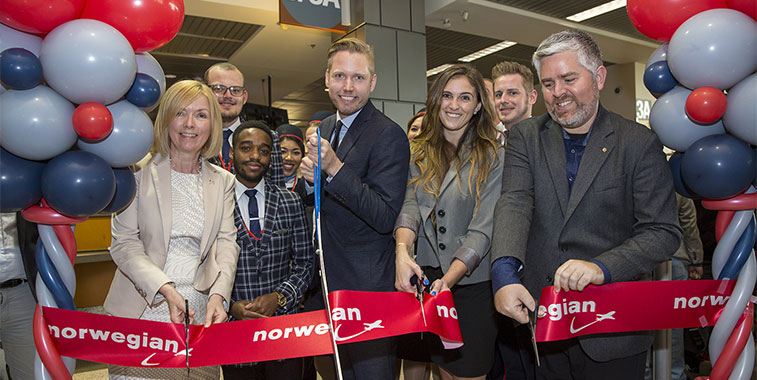 The celebrations continued in Texas, with a ribbon cutting and of course live music. Conducting the cutting of the ribbon in Austin were: Karen Bell, British Consul General; Norwegian flight crew members; Anders Lindström, Director of Communications, Norwegian; Erin Nemeth, Visit Britain PR & Marketing Manager, US; and Austin City Council Member, Jimmy Flannigan. Tom Noonan, President and CEO of Visit Austin said: “The new service from Gatwick will provide opportunity for additional visitors connecting from throughout the world and from the UK. With year-over-year increases in visitors from the UK and beyond, we anticipate this flight will be very successful. The addition of this route is also a direct reflection of how our city continues to evolve as a premier destination for travellers.”