Volotea ventures into Vienna from Bilbao 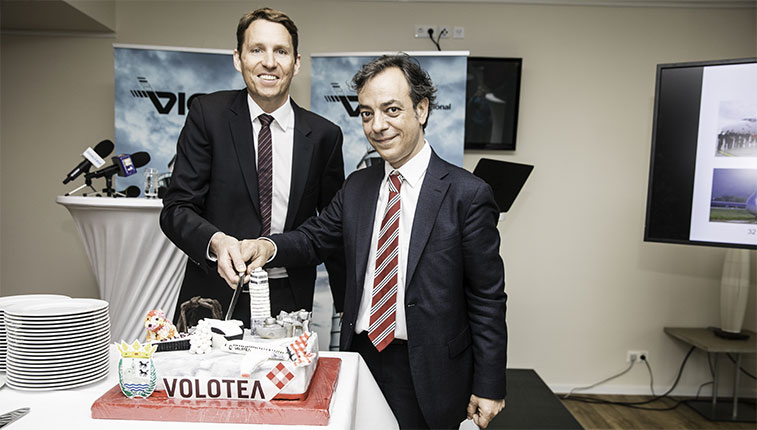 Cutting the cake to herald the start of Volotea’s service from Bilbao to Vienna were Nikolaus Gretzmacher, SVP Operations Vienna Airport and Carlos Cerqueiro, Corporate Development and Communications Director, Volotea. The Spanish airline will offer a twice-weekly service on the route, with the aircraft departing from Bilbao at 06:45 and landing in Vienna at 09:15. The return flight will leave Austria at 09:40 and arrive in Spain at 12:30.