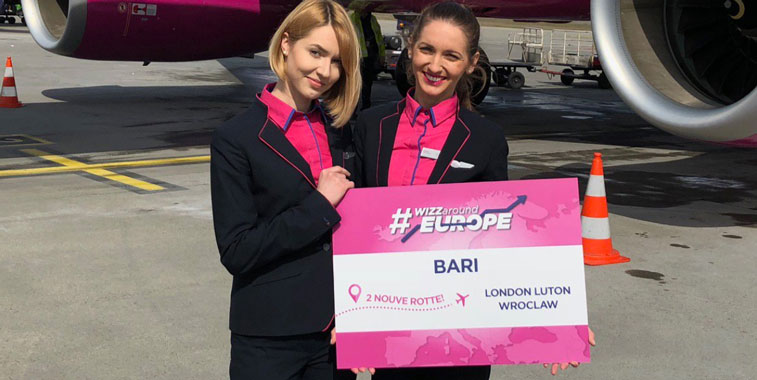 Wizz Air based a second A320 at Wroclaw in Poland this week, with one of its five new routes from the airport being Bari. Along with the Italian city, the ULCC also inaugurated flights from Wroclaw to Basel, Gothenburg, Kutaisi and Porto this week. Overall the added based unit means Wizz Air will offer up to 41 weekly departures from Wroclaw in S18. 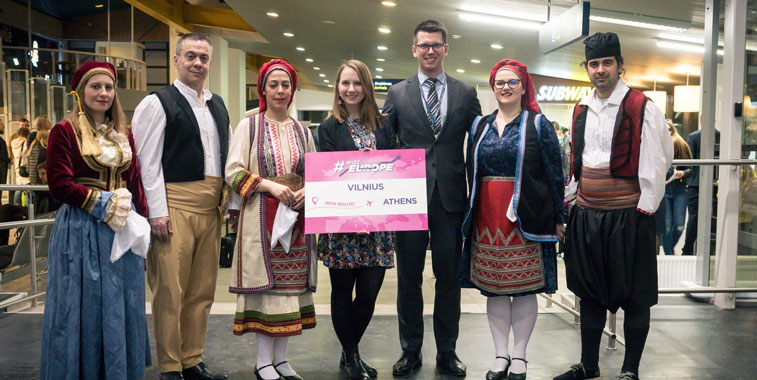 Along with adding extra capacity at Wroclaw, Wizz Air also began four more routes across its network this week, including a connection between Vilnius and Athens. Seen posing with the authentic Greek dancers in the Lithuanian capital are Lithuanian Airports’ Agnė Mažeikytė, Communications Project Manager and Aurimas Stikliunas, Head of Aviation Services. Wizz Air will operate the 1,859-kilometre route three times weekly on its A320 fleet. 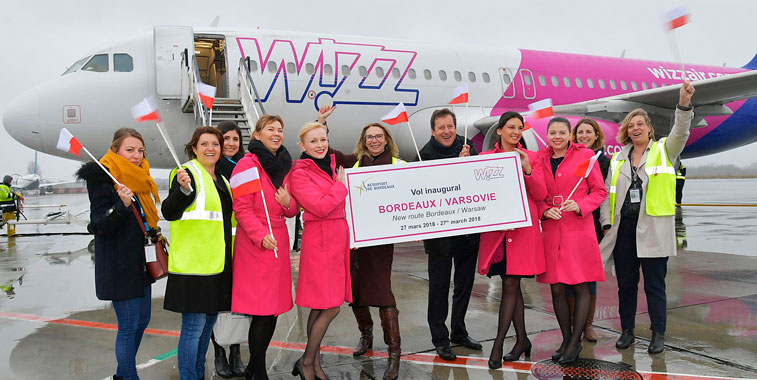 Wizz Air commenced its second route to Bordeaux on 27 March, a twice-weekly (Wednesdays and Sundays) service from Warsaw Chopin. The French city is already served by the airline from Budapest. Among those at the launch are Catherine Caraglio, Head of Routes Development, Bordeaux Airport (sixth left) and Jean-Luc Poiroux, VP Business Development, Bordeaux Airport (fifth right). The 1,782-kilometre sector faces no direct competition.