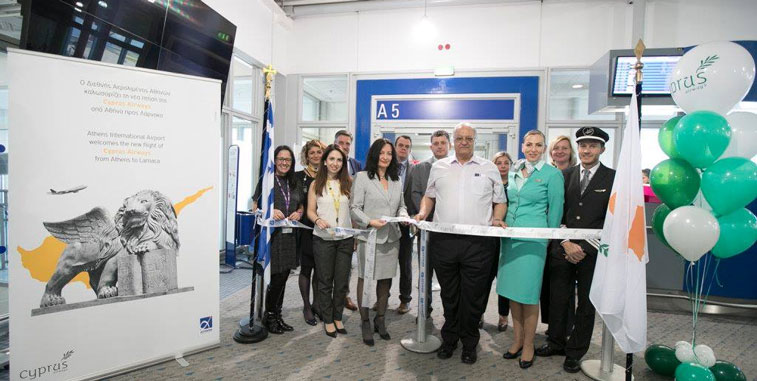 Cyprus Airways commenced flights between Larnaca and Athens on 29 March, with a route launch party being hosted at the Greek capital airport to welcome its newest airline. The carrier will initially link the two cities twice-weekly (Mondays and Thursdays) using its A319 fleet, with it poised to face direct competition coming from four airlines on the 930-kilometre sector, namely Aegean Airlines, Cobalt, Blue Air and TUS Airways.