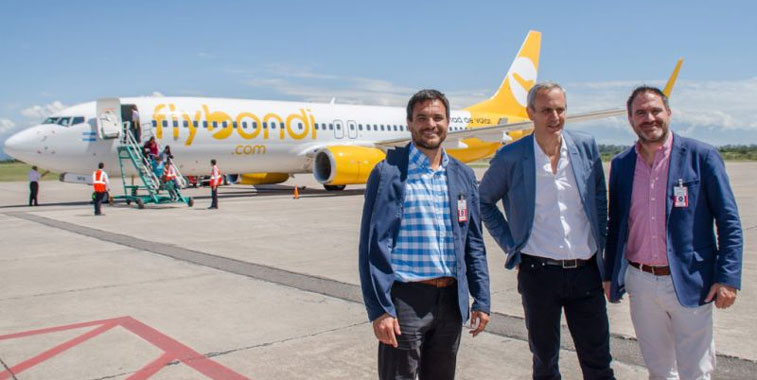 Flybondi commenced operations on the 1,296-kilometre sector between Buenos Aires El Palomar and Jujuy on 28 March. Pictured with the aircraft at the latter airport are: Federico Posadas, Minister of Tourism and Culture of Jujuy; Julian Cook, CEO of Flybondi; and Diego Valdecantos, Provincial Secretary of Tourism. The airline will initially operate between the two airports five times weekly on its fleet of 737-800s. The route faces no direct competition.