Pacific Coastal Airlines ups the ante between Vancouver and Tofino 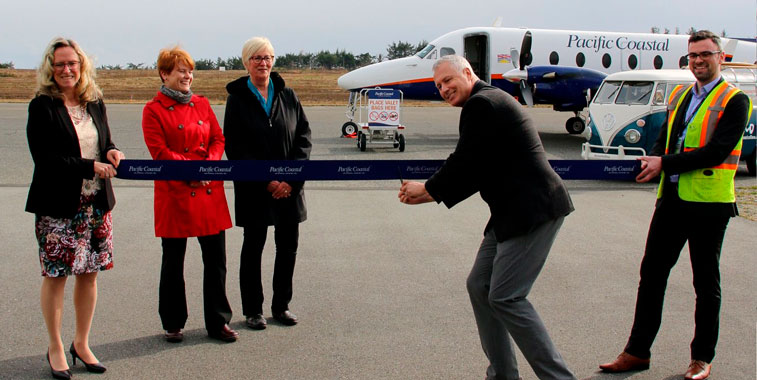 Pacific Coastal Airlines became the third carrier to operate flights between Vancouver and Tofino on 3 April, the day which saw it launch daily flights on the city pair. Taking charge of the ribbon cutting at Tofino to officially open the service is the airline’s  Director of Business Development and Corporate Communications Kevin Boothroyd. Among those watching over the ribbon cutting proceedings were Josie Osborne, Mayor of Tofino (second left) and Dianne St. Jacques, Mayor of Ucluelet (third left). Pacific Coastal Airlines will operate the service using its 19-seat Beech 1900s.