Airbus and Boeing’s productivity rate dropped 13% in February; Ryanair takes hold of eight 737-800s as Qatar Airways gets first-ever A350-1000 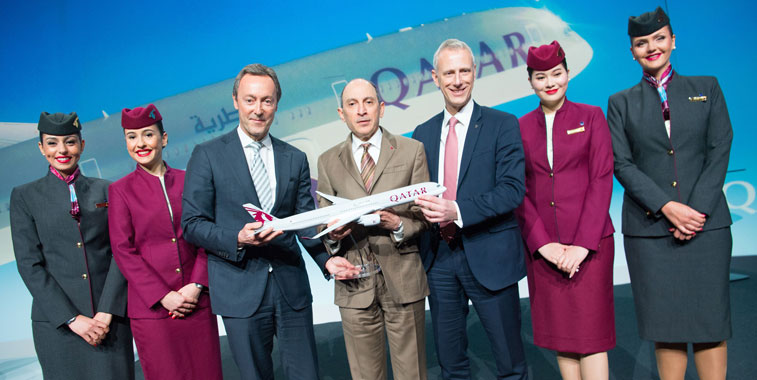 February was a notable month for Airbus and Qatar Airways, as the European manufacturer handed over the first-ever A350-1000 to the Doha-based operator. Flanked by the airline’s crew at the delivery ceremony are: Fabrice Brégier, President and CEO of Airbus; Akbar Al Baker, CEO of Qatar Airways; and Chris Cholerton, President of Civil Aerospace at Rolls Royce. The airline has a firm order for 37 of the type according to Airbus’ records.

During the second month of 2018 Airbus and Boeing delivered 87 aircraft between them, representing a 13% drop in productivity versus February 2017 when 100 units were delivered. However, the result is 16 units better than the duo’s combined total for January (71 deliveries). Overall, as it was in month one of 2018, Boeing was the bigger of the two in terms of deliveries in February, with the Seattle-based company providing 49 aircraft versus Airbus’ 38. For the Toulouse-based company, it handed over 11 less units than it did in the same month of 2017, whereas Boeing’s productivity rate was just two aircraft less. Of all deliveries in February, 74% were made-up of single-aisle aircraft, with the other 26% being wide-body variants. 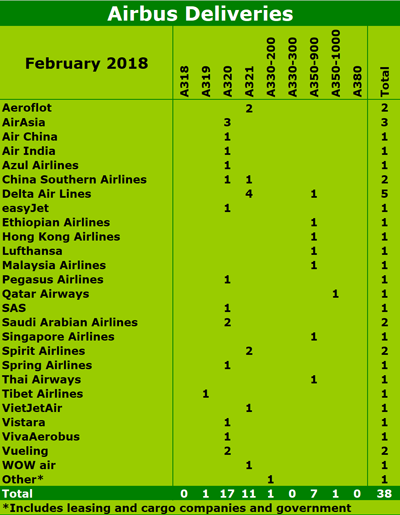 Airbus ended February with a total of 38 deliveries, made-up of 29 narrow-body and nine wide-body aircraft. While this result is 11 units less than the company’s benchmark of February 2017, its month two 2018 performance was 11 units better than the 27 that it handed over in January this year. For the second month of 2018, single-aisle deliveries were led by the A320 (17 units) followed by the A321 (11), while one A319 was handed over to Tibet Airlines. The leading recipient of the A320 was AirAsia which collected three, while Saudi Arabian Airlines and Vueling both picked up two each respectively. With regards to the A321, the number one customer was Delta Air Lines, with the USB3 carrier receiving four of the type.

In relation to the wide-body market, Airbus delivered nine units, two more than it managed in January but one less than it achieved in February 2017. The leading wide-body aircraft type was the A350-900, with seven being handed over to six separate customers. Following the A350-900, the first-ever A350-1000 was also delivered in February, with the inaugural customer being Qatar Airways. As well as the eight A350s, one A330-200 was delivered to a government authority. 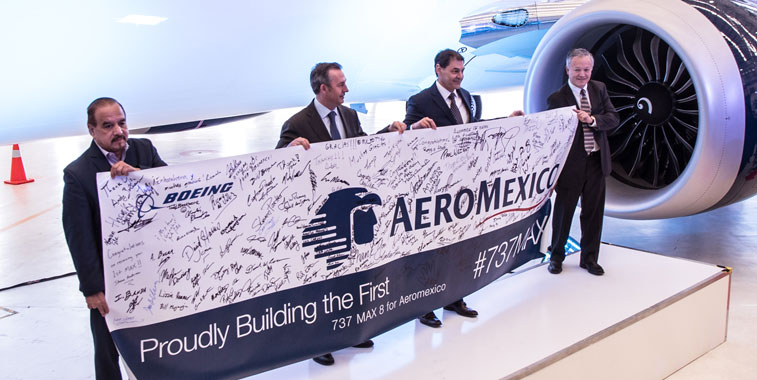 Aeromexico took delivery of its first 737 MAX 8 in February, with this being one of six 737 MAX 8s to be delivered in month two of 2018. Overall Boeing delivered 49 aircraft in February, down two from a total of 51 unit delivers in the same month of 2017. During the first two months of this year, Boeing has handed over 93 aircraft. 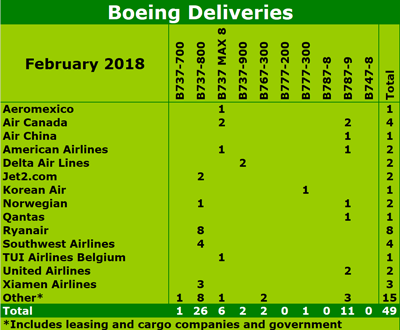 Boeing ended the second month of 2018 with 49 deliveries, five more than it managed in January, but two less versus the same month last year. Of February’s deliveries, 26 were 737-800s, along with six 737 MAX 8s, including the first for Aeromexico. The leading customer of Boeing’s premier narrow-body model, the 737-800, was Ryanair, which took home eight. This follows the six aircraft which it picked up in January. The European ULCC was followed by Southwest Airlines in the customer pecking order, with the US’ leading LCC collecting four 737-800s, having received three in January. Air Canada was the largest customer of the 737 MAX 8, receiving two. As well as the 737-800 and 737 MAX 8, two 737-900s were delivered to Delta Air Lines, with one 737-700 going to a private customer.

An analysis of the wide-body market shows that Boeing handed over 14 wide-body aircraft in February, one more than it managed in January. The leading model to be delivered was the 787-9, with 11 being handed over to six airlines and various leasing organisations. The top customers were Air Canada and United Airlines, with both receiving two units. Along with the 787-9s, one 777-300 was delivered to Korean Air, while two 767-300s went to a US cargo airline. 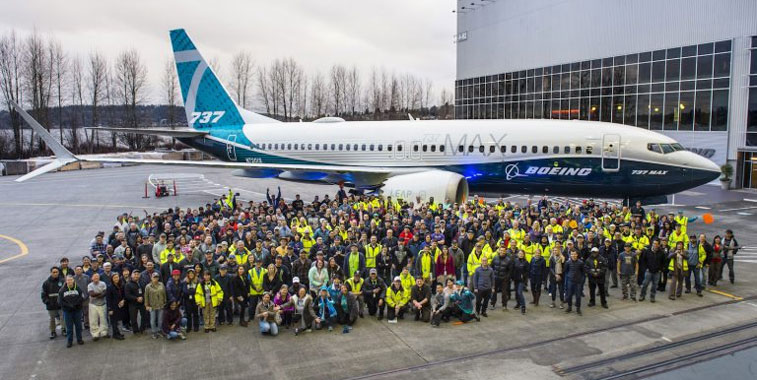 While it was not a delivery, during February Boeing unveiled the first 737 MAX 7. The aircraft type is the third and newest member of Boeing’s 737 MAX family to come off the assembly line. The jet is designed for up to 172 passengers and a maximum range of 3,850 nautical miles, the longest range of the MAX aircraft variants.