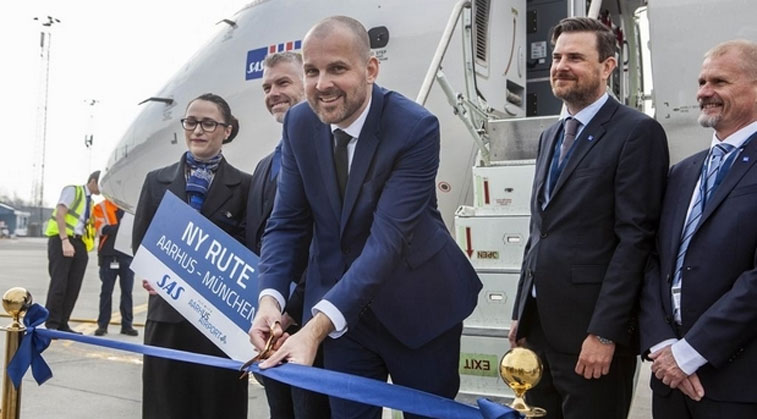 SAS made a big commitment to Aarhus Airport on 9 April, the day it stationed a CRJ 900 at the airport, allowing it to open new services to Munich, Oslo Gardermoen and Stockholm Arlanda. Seen cutting the ribbon at the airport to open the Munich route is Peter Høgsberg, CEO Aarhus Airport, watched over by David Surley, Head of Airline Relations, Aarhus Airport (second left). Also present at the launch was Michael Hansen, Head of Sales Denmark, SAS (second right). The airline will add a fourth route from Aarhus using the CRJ 900, a weekly (Saturdays) service to Nice, starting 14 April.