Volotea lands in Lyon with routes to Italy and Spain 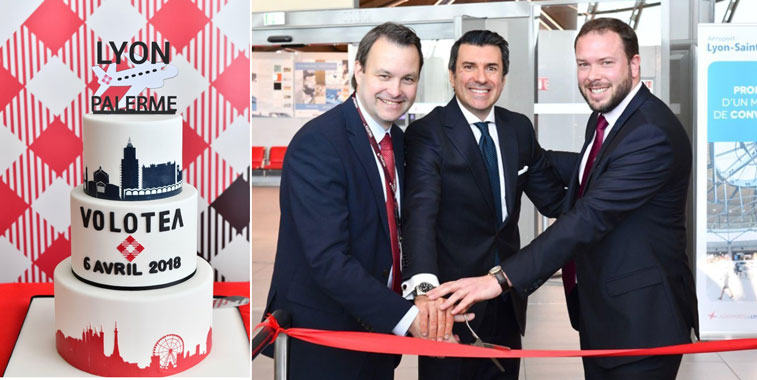 Volotea commenced flights between Lyon and Palermo on 6 April, one of three new routes to be launched by the airline from the French city this week, with the others being Alicante and Palma de Mallorca. Seen cutting the ribbon to officially open the Palermo route are: Edo Friart, International Development Director, Volotea; Pierfrancesco Carino, Sales Director, Volotea; and Cédric Fechter, MD Lyon Airport. A fourth route to Cagliari will begin in May. 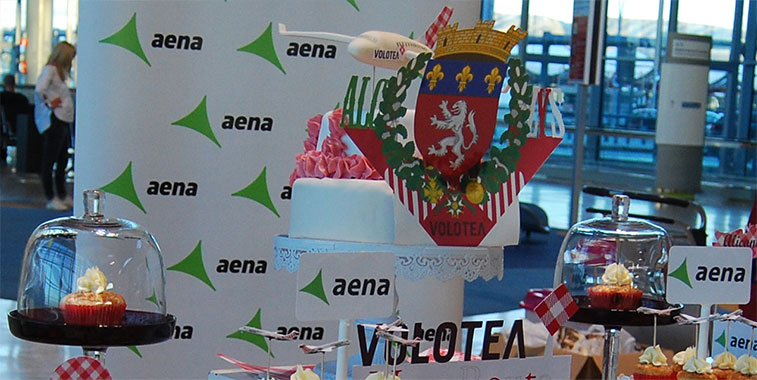 This fantastic cake welcomed Volotea passengers on the inaugural service from Alicante back to Lyon, one of three route launched by the airline from the French city this week including Palermo and Palma de Mallorca. The 948-kilometre sector will face no direct competition and will be operated by a variety of the LCC’s equipment.