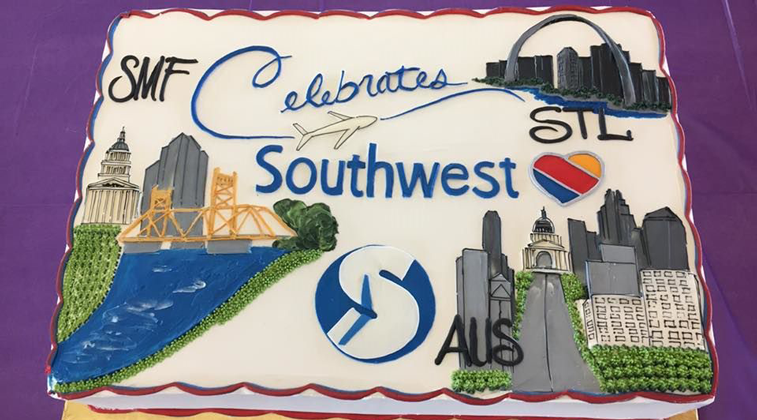 Sacramento, like Austin, also made a cake to toast Southwest Airlines’ new connection, with the Californian city being linked directly to the Texan city, along with St. Louis. Both routes face no direct competition and will be operated by the LCC daily. With these launches, Southwest now offers 21 non-stop routes from Sacramento.