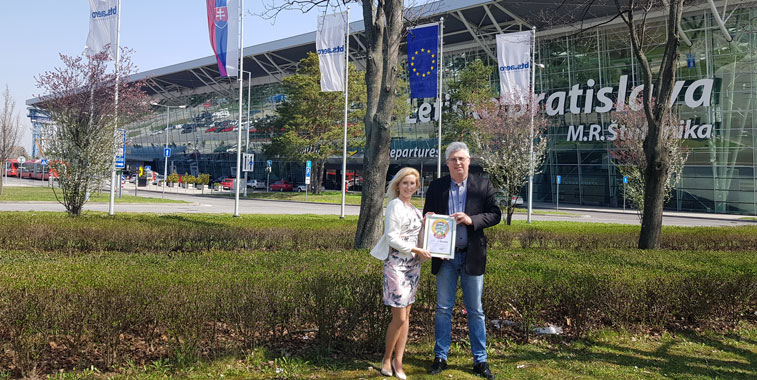 Last week, Bratislava Airport claimed victory as it was named the winner in Part I of the anna.aero S18 Cake of the Week Public Vote competition, claiming 52% of votes. It took the title for its terminal-inspired bake which it made to greet the arrival of Georgian Airways and its new service from Tbilisi. Posing with the certificate outside the Slovakian capital airport terminal, the inspiration for the award-winning cake, are Bratislava Airport’s PR Manager & Spokesperson Veronika Sevcikova and Director of Aviation & Strategic Marketing Radek Zabransky. 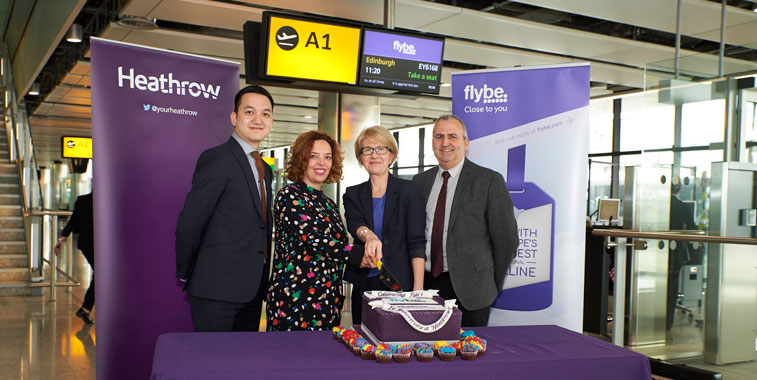 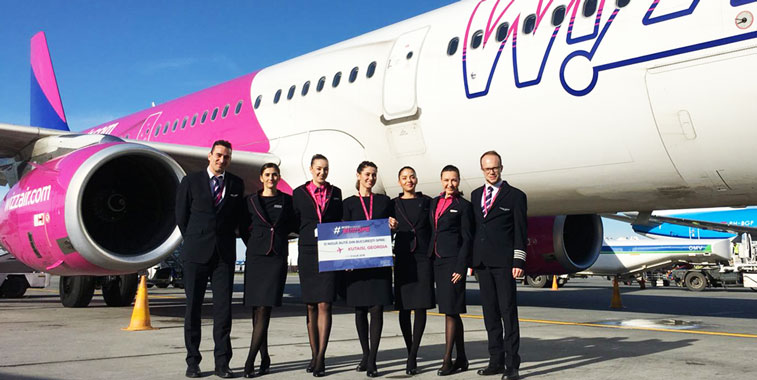 On 5 April Wizz Air announced that from 3 July it will begin a new service linking Bucharest and Kutaisi, with the route scheduled to be flown three times weekly on Tuesdays, Thursdays and Saturdays. “We are thrilled to announce our newest Wizz Air route from Bucharest to Kutaisi in Georgia. Underlining our commitment to the region, we look forward to bringing even more exciting opportunities that can best meet our customers’ needs. Our Romanian travelers can now reach one of Europe’s ancient cities, in just a few hours, and visit Georgia either during a city break or a business trip,” commented Sorina Ratz, Acting Head of Corporate Communications for Wizz Air. No other airline currently flies the sector. 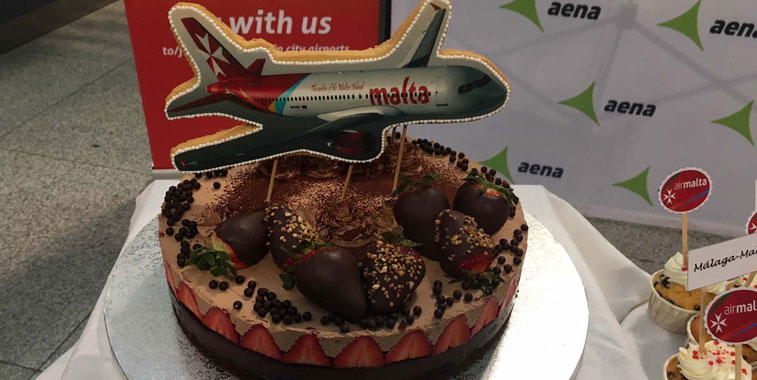 Air Malta commenced operations to Malaga from its home base on 26 March, with the Spanish airport celebrating the new route this week with this airline-adorned chocolate and strawberry cake. The airline will operate the city pair twice-weekly on a mixture of its A319s and A320s, with the route facing no direct competition. 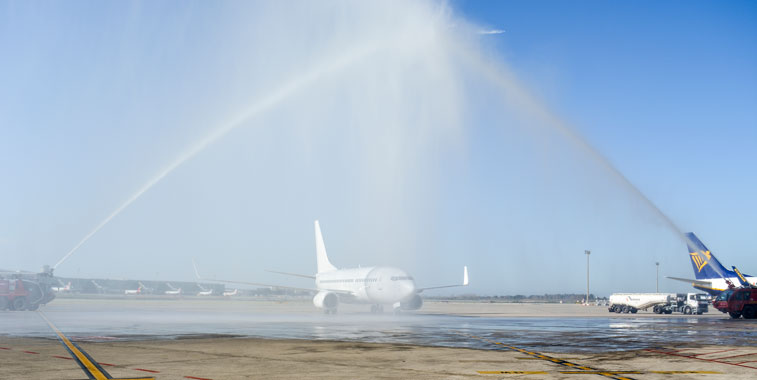 Georgian Airways recently added Barcelona to its network from Tbilisi, with the carrier being celebrated with a water arch salute at the Spanish airport. While OAG schedules show that this route is expected to be flown using the airline’s E190 fleet twice-weekly, the carrier appears to have leased in additional capacity for its recent expansion. Flybe commenced operations between London Southend and Antwerp on 26 March, however the London airport toasted the new connection on 4 April by baking a monster-sized Belgian Bun! Taking charge of the cutting is Glyn Jones, CEO of Stobart Aviation (second right) who was joined by Tiptree Patisserie Bakery Manager Clarence Hayden and other Tiptree staff to cut the ‘World’s Largest Belgian Bun’. 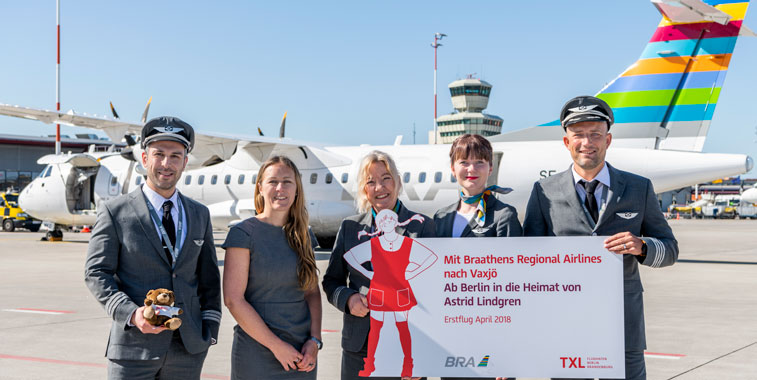 Braathens Regional Airlines commenced operations between Vaxjo and Berlin Tegel on 30 March, with the route being celebrated at the German end this week. Seen greeting the airline crew in Tegel is Jana Friedrich, Aviation Marketing, Berlin Brandenberg. The service will operate twice-weekly (Fridays and Sundays). On 10 April it was announced that Hainan Airlines will begin services from Shenzhen to Vienna in October. This will be the Chinese carrier’s first route from China to Austria and its third direct connection to Europe from Shenzhen, joining the links to Brussels and Madrid. The Vienna service will be operated twice-weekly with 787s. A corresponding contractual agreement for the new route was signed by Julian Jäger, Joint CEO and COO of Vienna Airport, and Hainan Airlines, within the context of Austrian President Alexander van der Bellen’s state visit to China. Amongst those celebrating the news were Julian Jäger; Sebastian Kurz, Chancellor of Austria; Bao Qifa, Chairman of Hainan Airlines and Chen Fen, Chairman of HNA Group.