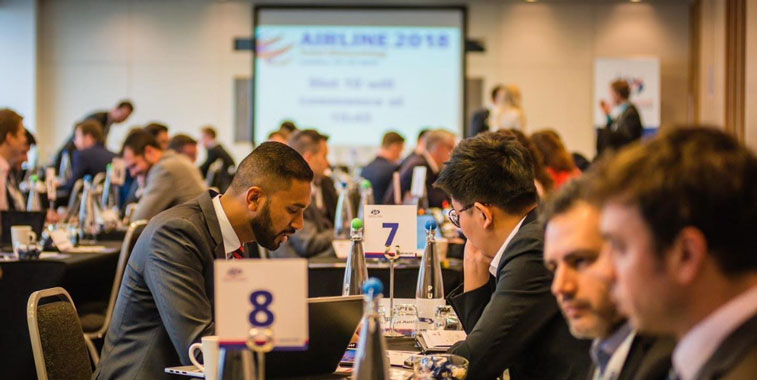 Over 40 airlines and 60 airports from around the world made up the +150 delegates that attended the inaugural two-day AIRLINE 2018 event in London’s Canary Wharf. The event flips the normal convention of a network development forum on its head, with the airports being the table residents and the airlines moving between meetings. Overall a total of 500 airport-airline interactions took place between 10-12 April. The event will once again take place in London during 2019.

AIRLINE is the newest global network development forum, with the inaugural conference taking place between 10-12 April 2018 on the 32nd floor of one of Canary Wharf’s highest viewpoints over the city of London. The conference is brought to you from the minds of Global Travel Investments, a leading organisation helping new travel businesses reach their full potential.

The event flips the normal convention of a network development forum on its head, with the airports being the table residents and the airlines shifting between meetings. A total of 500 airport-airline interactions took place during the mid-week conference. Along with the meetings, various social events took place on the Tuesday and Wednesday evenings, sponsored by Washington Dulles and Las Vegas Convention Visitors Authority respectively. The former hosted the welcome drinks and the airline meeting halls, while the latter filled delegates with many a beverage at the end-of-day drinks reception on day one. The Welcome Reception, which took place on the Tuesday evening, was sponsored by Washington Dulles, while the lunch on the Wednesday was brought to delegates by Manas Airport, with the free-flowing drinks and food going down swimmingly with all attendees. 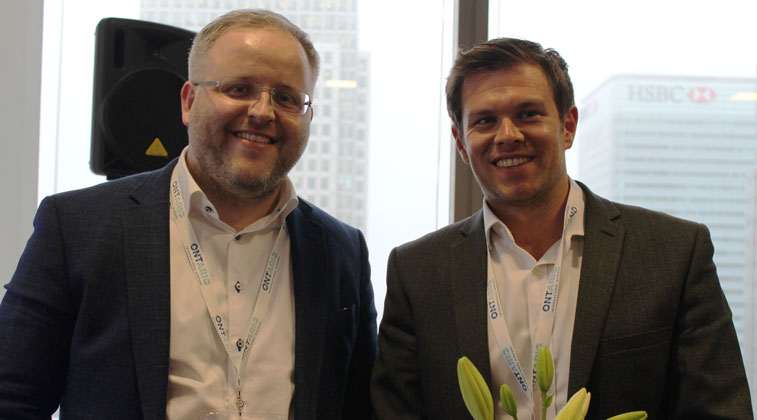 Daniel Snaebjornsson, VP Network Planning, WOW air caught-up with Nick Sime, Aviation Business Development Manager, London Stansted during the day one drinks reception. The two will have even happier smiles when WOW air’s inaugural service from Reykjavik/Keflavik touches down on Stansted’s tarmac for the first time on 25 April. Offering onward connections to the US, WOW air will operate a daily A321 service into the London airport. The Icelandic airline’s new US routes for 2018 include Cincinnati, Cleveland, Dallas/Fort Worth, Detroit, New York JFK and St. Louis. 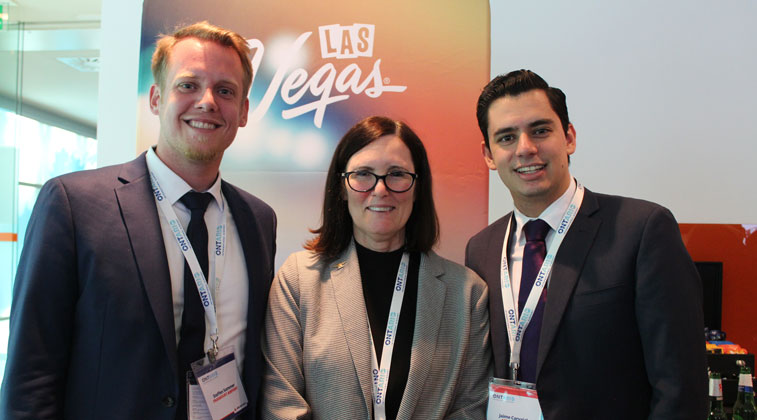 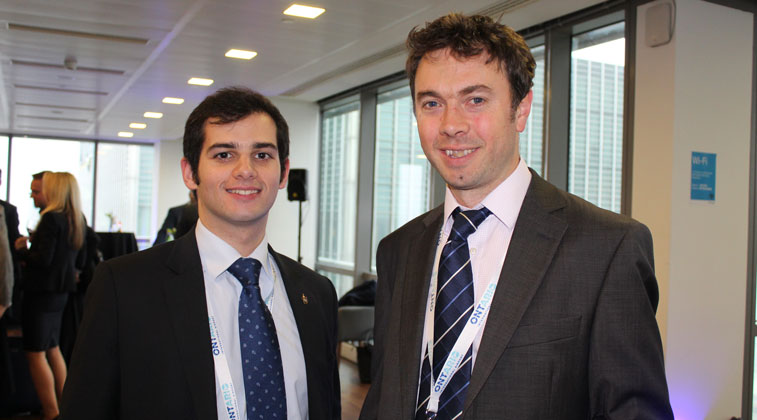 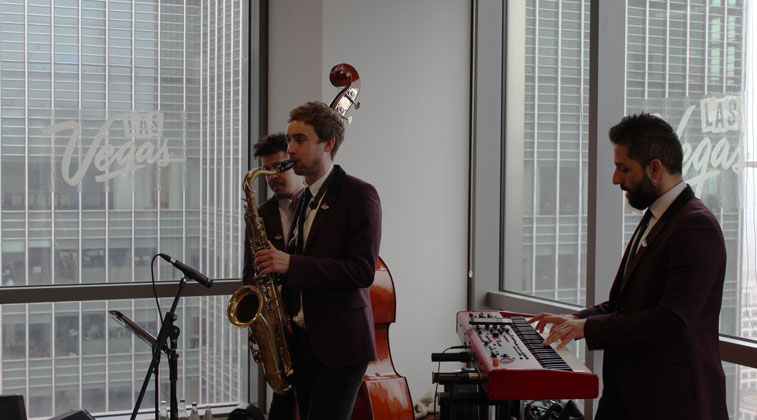 The evening drinks on day one, which took place at the Skyline restaurant and bar on the 32nd floor of 40 Bank Street, were sponsored by Las Vegas Convention Visitors Authority, who had arranged some great music to serenade delegates as they networked on the Wednesday evening. Other sponsorship supporters of the inaugural AIRLINE conference included Ontario (registration) and Belfast City (meeting system) airports.