airBaltic rockets from Riga into Kaliningrad 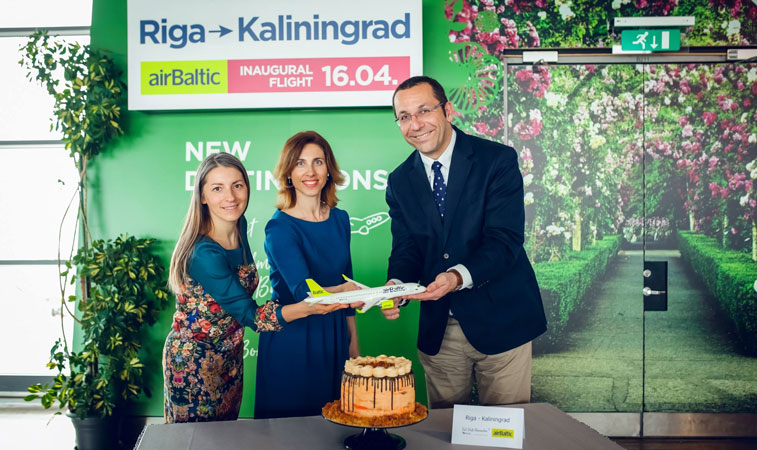 Among those present at the launch party of airBaltic’s new service between Riga and Kaliningrad were: Laura Audariņa, Route Development Manager, Riga Airport; Liene Freivalde, Director of the Aviation Service and Business Development Department, Riga Airport; and Wolfgang Reuss, SVP Network Management, airBaltic. While the trio are beautifully displaying a model of one of the airline’s CS300s, it should be noted that this city pair will be flown using Q400s.