Cologne Bonn and Oakland observe Cake of the Week victories 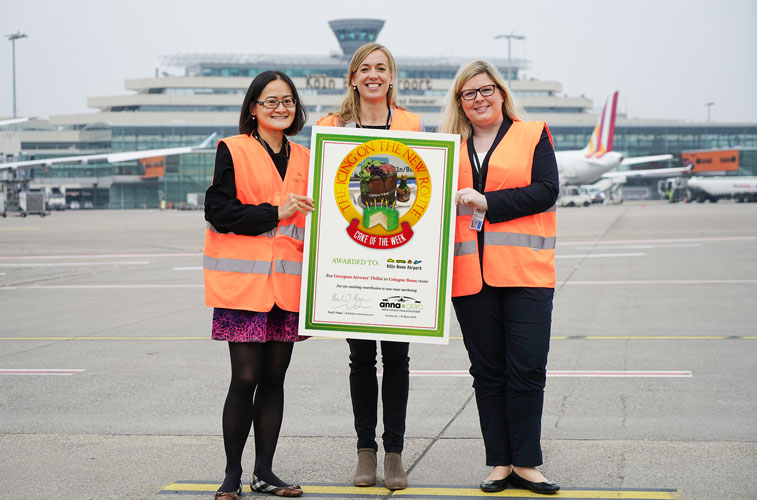 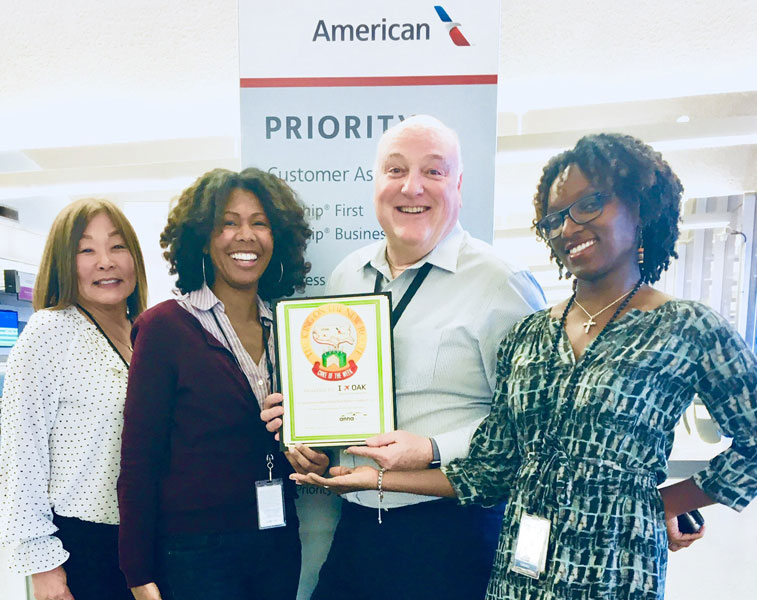 Oakland Airport this week collected its anna.aero Cake of the Week award, given to the Californian gateway for the fantastic US-shaped cake which it presented at the launch of American Airlines’ new route from Dallas/Fort Worth. Seen posing with the award are members of Oakland’s communications and marketing teams, namely: Mona Hernandez, Aviation Marketing; Allecia Sanford, Aviation Communications; John Albrecht, Aviation Marketing Manager; and Keonnis Taylor, Airport Spokeswoman. American operates the 2,338-kilometre route daily using its A320s. easyJet this week celebrated the 15-year anniversary of its Newcastle base opening. Among those present at the celebrations, which included cake, were Leon McQuaid, Aviation Development Manager, Newcastle Airport and Ali Gayward, easyJet’s UK Country Director. Based on current schedules for this summer, it appears that the airline presently has three aircraft based at the airport (two A319s and one A320) and operates to 15 destinations with 82 weekly departures. In winter it drops to two based units (one A319 and one A320) and offers 10 routes. 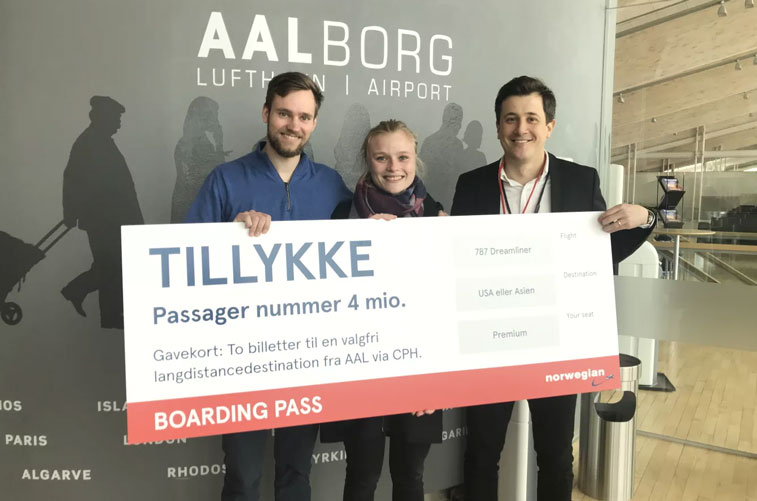 Norwegian this week reached the milestone of carrying its four millionth passenger from Aalborg. Norwegian’s Communications Manager Andreas Hjørnholm (right) attended the celebration to present the lucky passengers who helped the carrier reach its four million benchmark, Thomas Gadegård Sørensen and Mette Hargaard, with a set of free tickets for a trip with Norwegian, via Copenhagen, to the US. This summer Norwegian will fly to Alicante, Copenhagen, London Gatwick, Malaga and Palma de Mallorca from Aalborg, while in the winter Gran Canaria is also served.