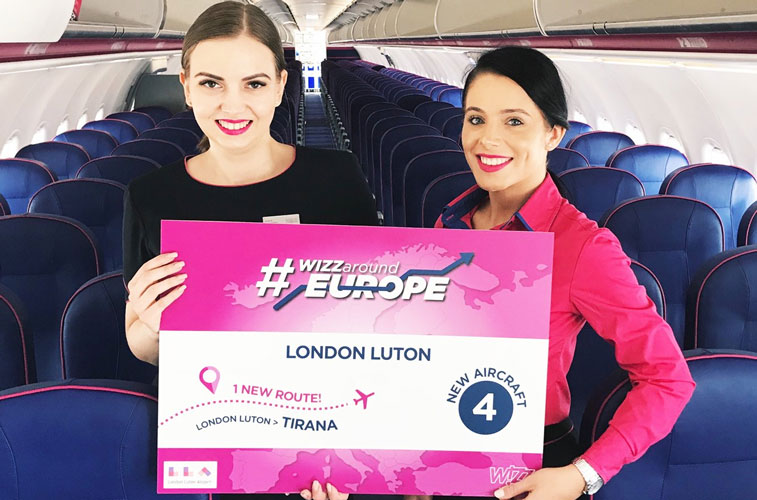 Not only did Wizz Air base a fourth aircraft at London Luton this week, but it also opened its latest route from the UK capital, a 1,912-kilometre link to Tirana. Inaugurated on 19 April, the ULCC will operate the airport pair three times weekly using its A320 fleet, with this service becoming the only low-cost link between the UK and Albania.