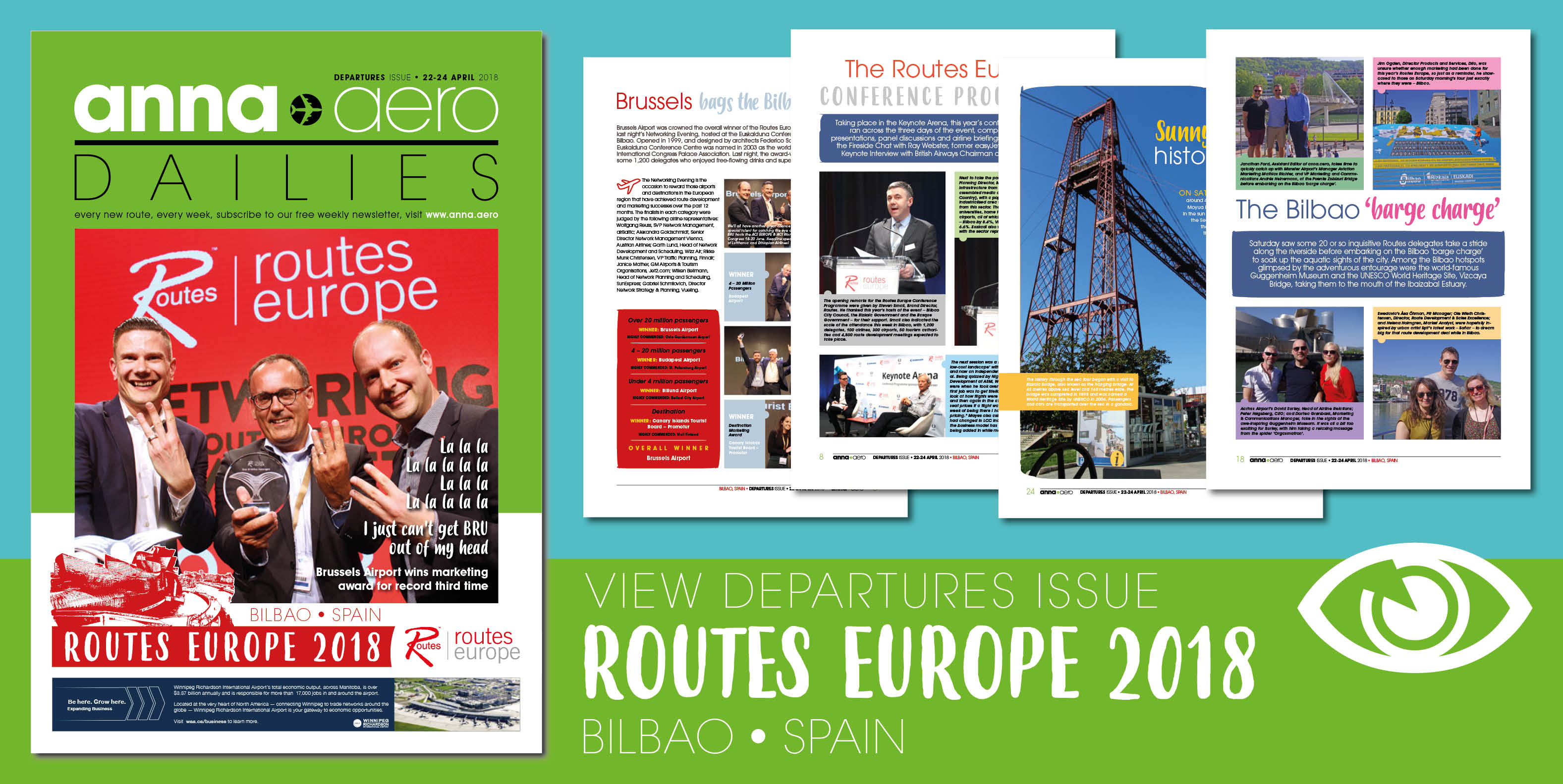 Brussels Airport wins the treble. In the week that Liverpool and Real Madrid inched closer to becoming crowned football’s ‘Kings of Europe’ in the Champions League, it was the Belgian hub stealing all the headlines in Bilbao on Monday at the Routes Europe 2018 Marketing Awards. Brussels Airport route development supremo Léon Verhallen lifted his third title in this hard fought battle between the continent’s top tier of airport marketeers.

Having enjoyed four days of non-stop networking, face-to-face meetings and pintxos, Europe’s network planning community will be dribbling back into their respective offices over the next few days, telling everyone what hard work it was and having to explain some dodgy expenses claims. While in Spain this week, the anna.aero data elves (a crack team of eight) were busy producing the anna.aero on-site printed Show Dailies at the 13th Routes Europe Conference, hosted by the Basque Government, the Bizkaia Government and Bilbao City Council, which featured the winners of the Routes Europe Marketing Awards. As well as finding out which European gateways were crowned as the continent’s premier airport marketeers, the rest of this pintxo-packed magazine is crammed full of coverage from the pre-event tours, industry panel sessions, as well as all the news from the exhibition floor. So it will be like you were almost there!! 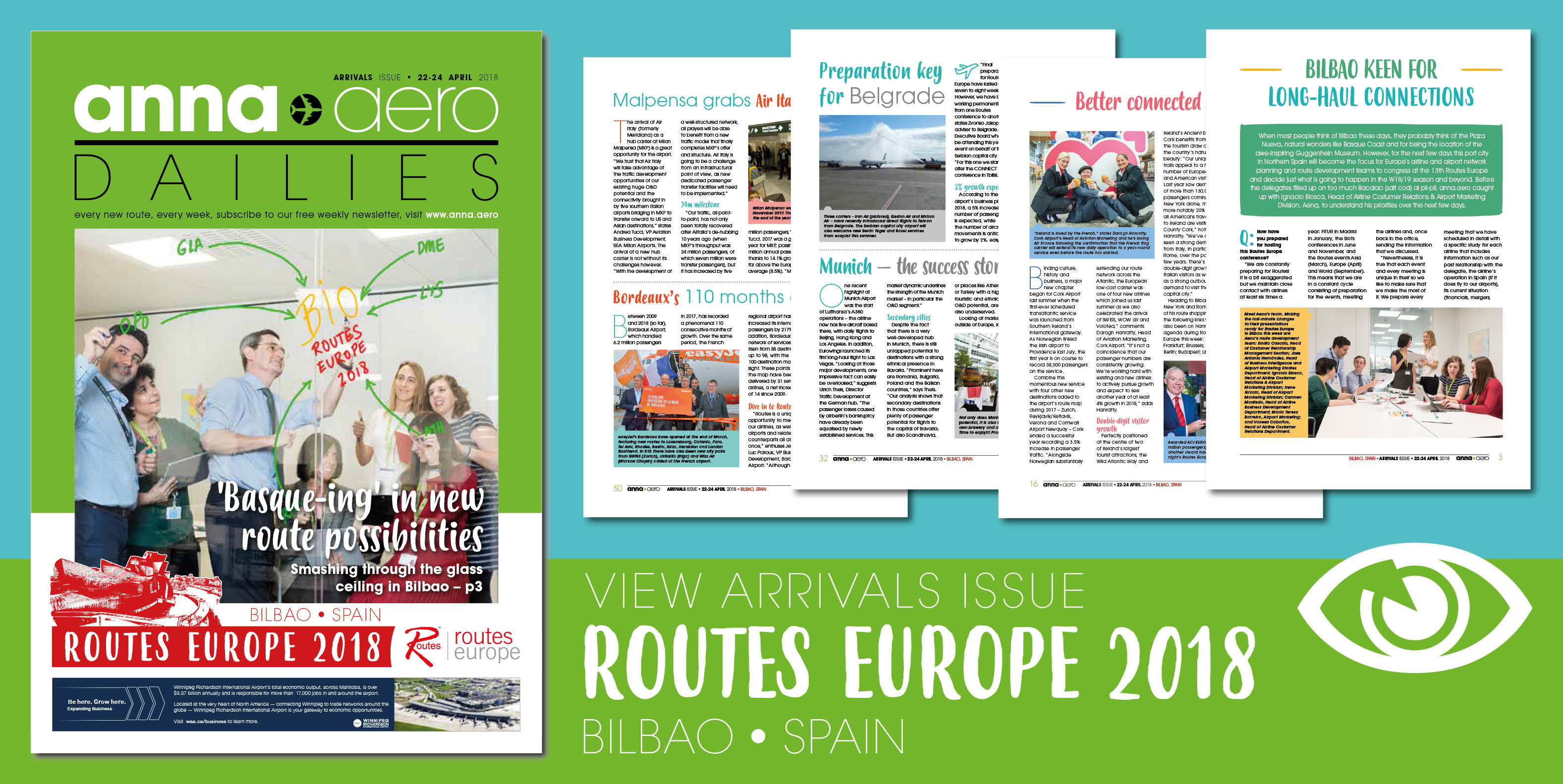 Read our electronic Arrivals Edition of the anna.aero on-site printed Show Dailies at the 13th Routes Europe hosted by the Basque Government, the Bizkaia Government and Bilbao City Council. There are 84 pages to dive into – including an interview with Aena’s Ignacio Biosca, some of our trademark analysis, as well as plenty of pre-show news.

Next port of call: Cleveland

The next stop on anna.aero’s World Tour 2018 is ACI-NA’s JumpStart in Cleveland, Ohio from 4-6 June. Our team will be on-site with yet another show daily magazine with news from those airports and organisations attending the conference.