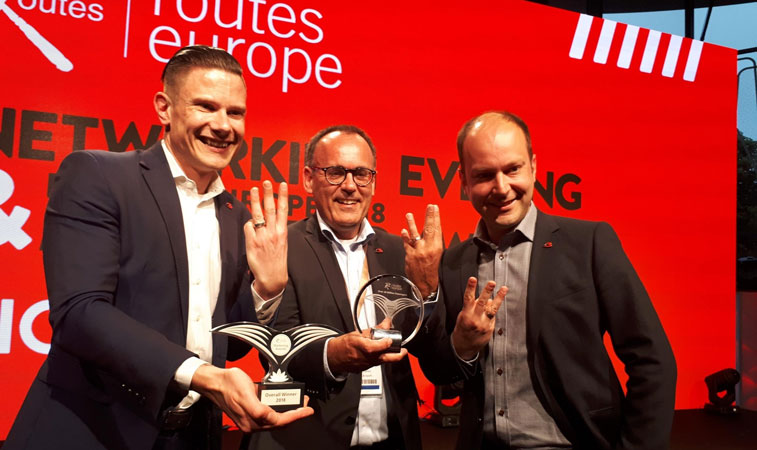 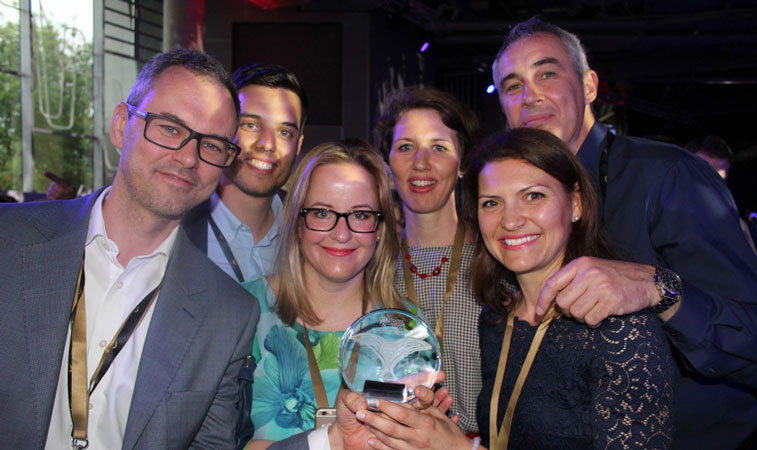 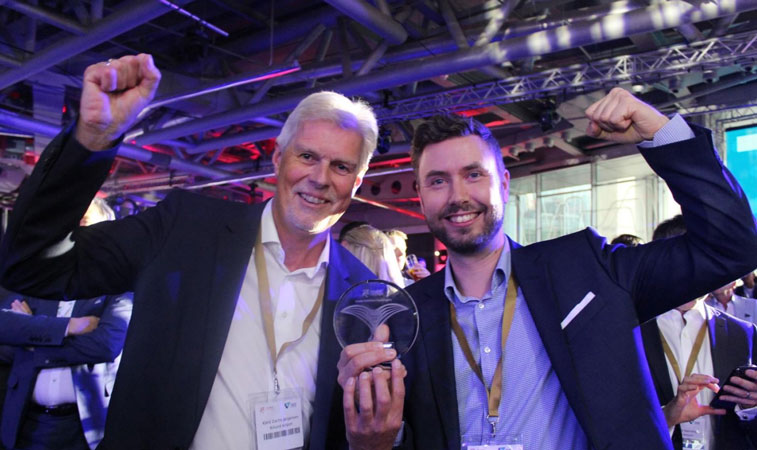 Another winner at the Routes Europe Marketing Awards was Billund Airport, with the Danish airport collecting the top prize in the under four million passengers category. “We are delighted to have won this award, primarily because our partner airlines have recognised what we do in firstly attracting them to serve the airport, but then to make their services sustainable,” said Kjeld Zacho Jørgensen, CEO, Billund Airport, seen here pictured with Jesper Klausholm, Head of Airline Relations & Marketing for the airport as they collected the award in Bilbao. “I would also like to thank the marketing team, as their dedication, commitment and professionalism has delivered this well-deserved award, a real team effort.” 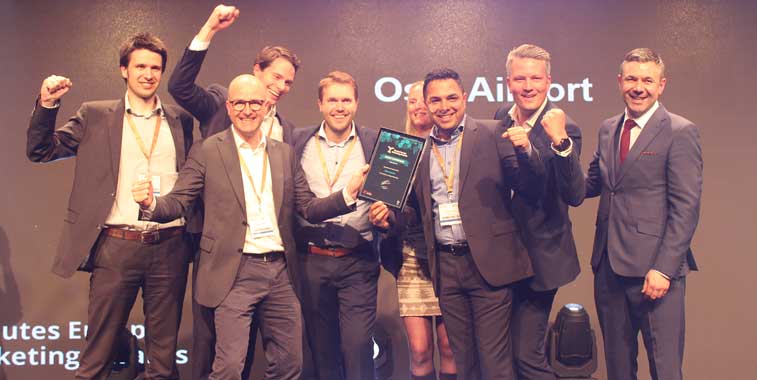 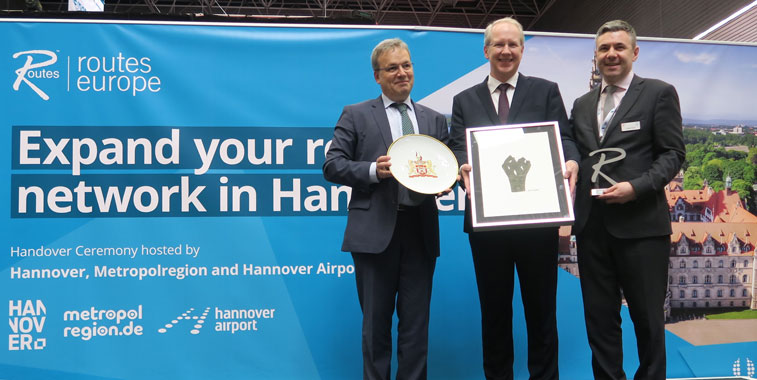 Along with the Routes Europe Marketing Awards, Hannover Airport was handed the Routes trophy as it takes the baton to host next year’s event, being held between 8-10 April 2019. Seen collecting the award from Alfredo Retortillo, Basque Country’s Minister of Tourism, Trade and Consumer Affairs (right), and Steven Small, Brand Director of Routes (right) is Stefan Schostok, Mayor of Hannover. “Hannover is a global leader in technology and logistics. The event will showcase the impressive growth opportunities that the city and wider region has to offer,” commented Small. 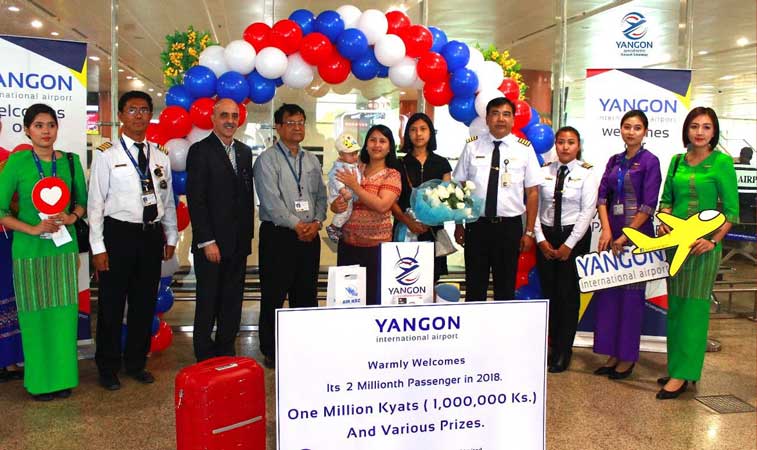 Yangon Airport has already welcomed its two-millionth passenger of the year! The Myanmar facility welcomed Ma Aye Aye Aung (centre, in red) on 20 April who was travelling on an Air KBZ flight from Thandwe. To commemorate the occasion she was awarded with a cash prize and other gifts including a two-night stay at the Horizon Lakeview Hotel and Resort in Nay Pyi Taw, Myanmar. José Angeja, COO, Yangon Aerodrome Company (third from left) commented: “Passenger traffic has grown in these first four months of 2018, and today we are delighted to welcome our two-millionth passenger of the year. As we strive towards our goal of being a high-performance airport and as Myanmar’s busiest international airport that handled 5.92 million passengers in 2017, we look forward to more of these types of initiatives. Together with airline partners such as Air KBZ which connects with iconic domestic destinations, we can celebrate and appreciate our lucky travellers.” 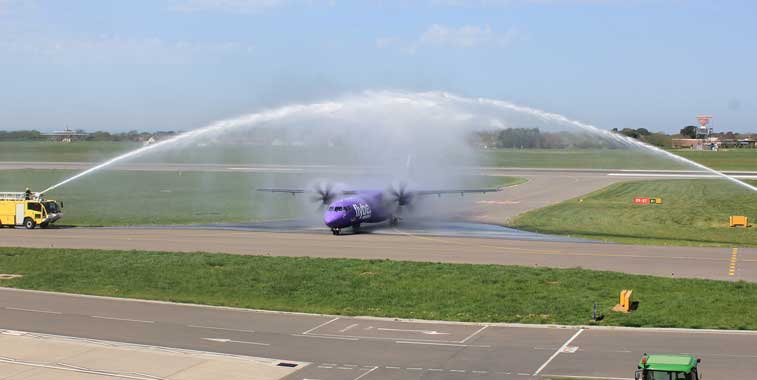 Blue Islands, which provides links between Guernsey and Jersey, and from those islands to the UK under a franchise arrangement with Flybe, recently launched a series of seasonal Saturday charters from Rotterdam to the two largest Channel Islands. These services will be joined in May by Saturday flights from Zurich. The Rotterdam charters run from 21 April until 15 September, while the Zurich flights will operate between 5 May and 8 September. “As a Channel Islands airline, with a locally based fleet of ATR 42 and ATR 72 aircraft we have the ability to operate high capacity flights over long distances,” said Tom Barrasin, CCO, Blue Islands. “These inbound summer charters direct from Europe form a vital part of the visitor economy, opening up our islands to thousands of potential visitors, who will help spread the word to their friends and family of how fantastic a holiday destination we are.” 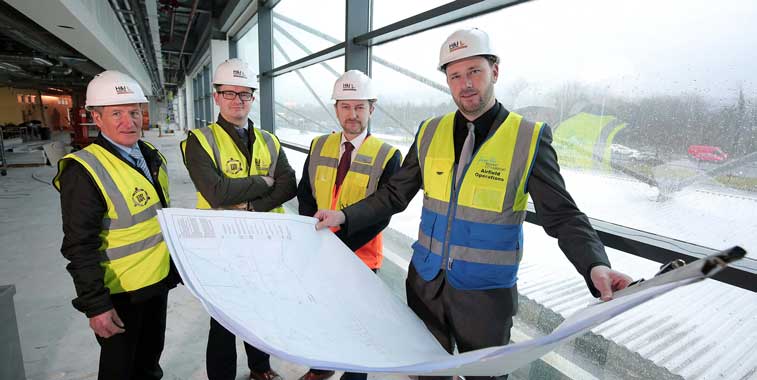 Pictured as works begin on the £15 million upgrade project at Belfast City Airport are: Michael Carroll, Project Manager at H&J Martin Fit Out; William Sproule, Fit Out Director at H&J Martin Fit Out; Chris Horner, Capital Projects and Engineering Manager at Belfast City Airport; and Jonny Rice, Capital Projects Engineer at Belfast City Airport. Work as part of a £15 million upgrade project to improve the passenger experience at Belfast City Airport is now underway. The major infrastructure investment includes an upgrade of the airport’s departure lounge, incorporating its retail, food and beverage offering. Chris Horner said: “Continually enhancing the overall passenger journey for our passengers is a major objective for Belfast City Airport and our £15 million investment programme will be a key factor in delivering on this commitment. H&J Martin Fit Out is carrying out the main elements of the refit to the highest possible specifications and we have been working closely with the team throughout. Completing the preparation of the existing areas for work to begin on the refurbishment of the retail areas is a significant milestone in the project and we look forward to work progressing further as the new terminal reconfiguration takes shape.” The entire upgrade programme, which will be contained within the current terminal building, is due to be completed by October 2018. 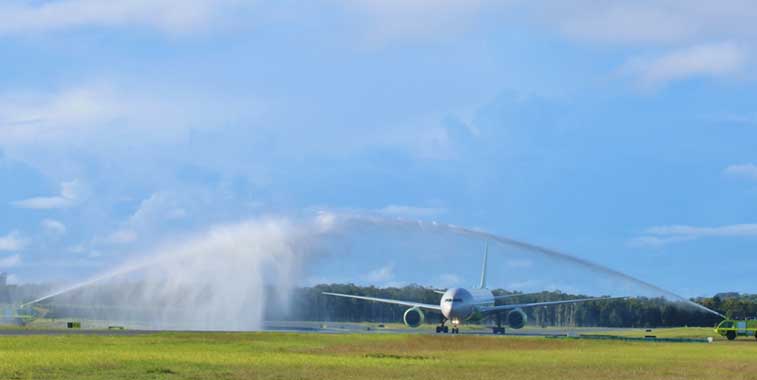 This impressive water arch doesn’t qualify for our weekly FTWA competition since it is for a charter flight, but we thought it was worth some exposure here. Gold Coast Airport provided this salute to welcome a Jin Air 777-200ER operating a charter from Seoul Incheon on 23 April. 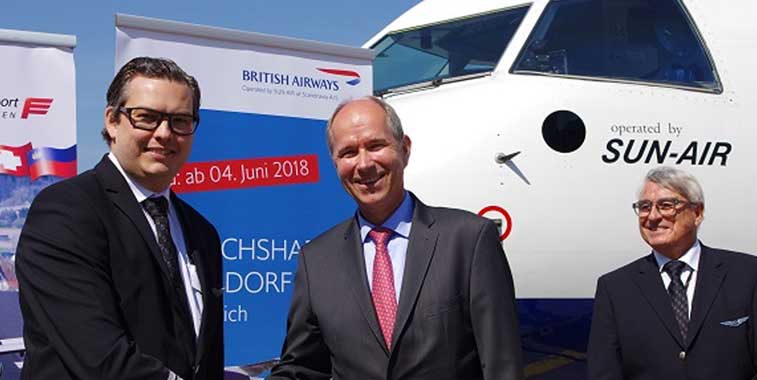 Danish regional airline and British Airways franchise operator SUN-AIR has announced its intention to launch services between Friedrichshafen and Düsseldorf from 4 June, and it is also planning to introduce flights from Friedrichshafen to Hamburg. The Düsseldorf link will operate twice-daily on weekdays and once on Sundays, with no flights on Saturdays. Kristoffer Sundberg, CEO SUN-AIR; Claus-Dieter Wehr, CEO Friedrichshafen Airport and Niels Sundberg, founder, SUN-AIR, were on hand to announce the new route. Hamburg Airport and Adria Airways held a delayed celebration on 19 April for the airline’s new route from Ljubljana which began operating at the start of S18. “Our route network in south-eastern Europe now has one more attractive destination in Ljubljana,” says Jörgen Kearsley, Head of Aviation Marketing at Hamburg Airport. “Ljubljana is one of the few capital cities within the EU to which we did not have a direct service. The connection is attractive for business travellers as well as for nature lovers and people going on a city trip or visiting family. We therefore appreciate the commitment of Adria Airways and welcome the airline as a new partner.” The celebrations included a water arch salute and route launch cake, which must have been so tasty that somebody had already eaten the H in Hamburg! 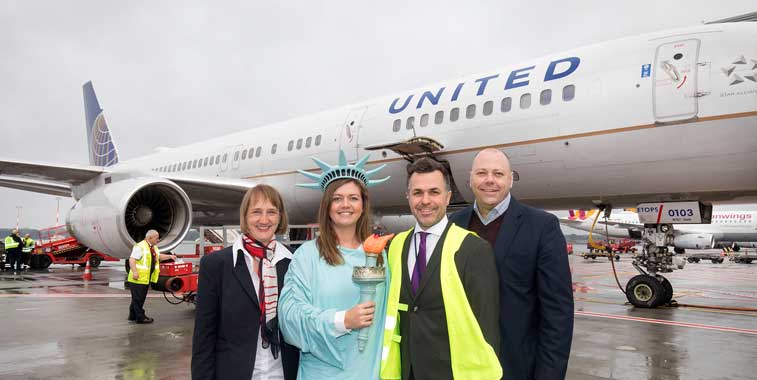 Hamburg Airport also celebrated the return of United Airlines seasonal service to New York Newark on 26 April. The US carrier has been operating the Big Apple link in the summer months since 2005. Since the launch of the route between Hamburg and Newark, 1.1 million passengers have travelled on a total of 7,687 flights. This year flights will operate daily until 4 October, departing Hamburg at 09:00 and arriving in Newark at 11:40. “Our successful partnership with United Airlines stretches back almost 13 years,” says Michael Eggenschwiler, CEO of Hamburg Airport. “Hamburg and the metropolitan region are a strong market and offer great potential for transatlantic connections. I am therefore delighted that United is resuming its dedicated involvement at Hamburg Airport as of today, flying our passengers quickly and comfortably to the US without any stopover on the way.”