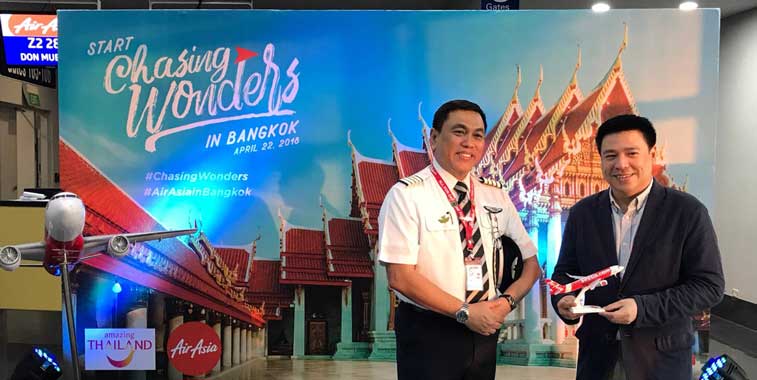 There were celebrations at Bangkok Don Mueang to mark Philippines AirAsia’s first service from Manila on 22 April. The assembled dignitaries included Dexter Comendador, CEO Philippines AirAsia and Kajorndet Apichartrakul, Director, Tourism Authority of Thailand. The LCC will operate this 2,200-kilometre sector daily with its A320s.