If your airport is on the graph in this article you should be coming to HubLAB, the Heathrow Connectivity Conference. Heathrow Expansion will create hundreds of daily slots and dozens of new routes, including a forecast 40 new long-haul services, and a potential doubling of domestic links. European cities like Bordeaux, Eindhoven, Naples etc. could also connect and feed the Heathrow hub. 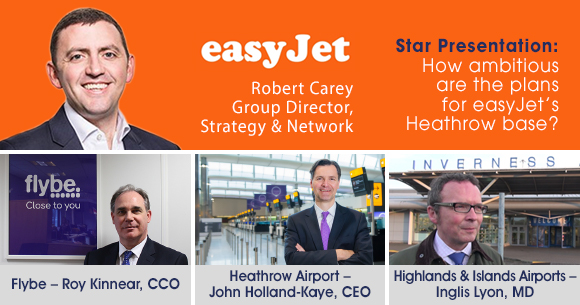 How ambitious are the plans for easyJet’s Heathrow base? Robert Carey, Group Director of Strategy & Network, will explain in an exclusive Star Presentation at the FREE Heathrow Connectivity Conference by the Regional and Business Airports Group (RABA) and anna.aero at the Heathrow-hosted British-Irish Airports EXPO 12-13 June 2018.

The 30 top London routes NOT linked to Heathrow

Meanwhile, in the six weeks remaining before the Heathrow HubLAB conference, anna.aero will take a regular look at where are airlines likely to start new routes to. We start by revealing the top 30 destinations which are linked to one of London’s five other airports serving more than one million passengers (Southend, Stansted, Luton, City  and  Gatwick.   ) but crucially NOT to Heathrow. These 30 destinations, listed in the graph here, represent 10% of the London’s 178 million annual passenger market. Obviously, if your airport is on this table, you should be coming to listen at HubLAB. 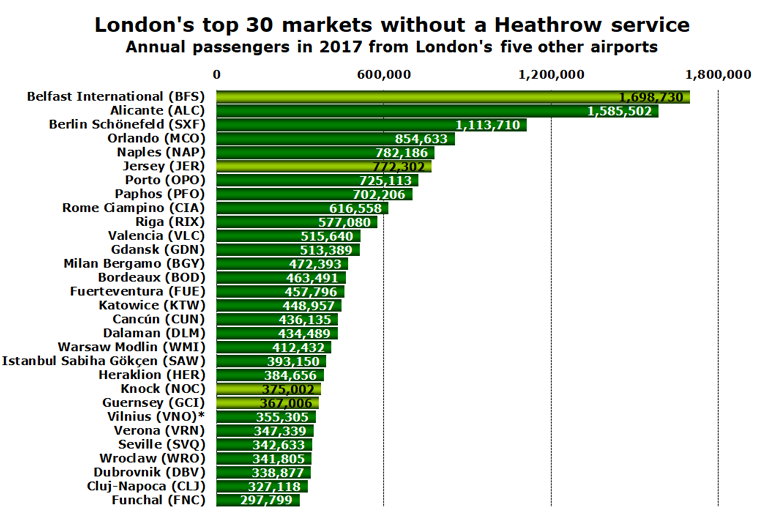 The leading unserved market from Heathrow is Belfast International which had just under 1.70 million passengers on non-Heathrow London services in 2017. Traffic on the routes grew by nearly 11% last year, mainly due to Ryanair’s market stimulation by opening a route to Gatwick to directly compete with easyJet. However, while the Gatwick route saw a 15% rise in traffic (982,985 passengers in 2017), both Stansted (up 3.3%) and Luton (9.6%) also observed significant growth, showing that demand from the larger Belfast airport to London is definitely on the up.

Heathrow is however connected to Belfast Citywhere traffic is stable at 690,000 passengers, and the Northern Irish airport is also linked to London City with 121,000 passengers in 2017, meaning that Belfast International is the busier of the two Belfast airports, handling 68% of Belfast–London passengers.

Along with Belfast International, only three other top 30 unserved markets (highlighted in light green) are destinations in the UK and Ireland. And only two of the top unserved markets are outside of Europe – Orlando (fourth biggest unserved market) – an airport which witnessed London passenger numbers climb by 2.8% last year, and Cancún,17th. Very significantly, while over 850,000 passengers travelled directly between London and Orlando last year, over 100,000 travelled indirectly to Orlando from Heathrow, based on OAG Traffic Analyser data, with the top connecting airports being Atlanta, Washington Dulles and New York Newark.

Overall the average passenger growth on the top 30 routes in 2017 was 4.6%. The fastest-growing market last year was Cluj-Napoca, currently only served from Luton by Wizz Air and Blue Air. As well as Cluj-Napoca, other destinations within the top 30 to see double-digit growth last year included Dubrovnik (29%), Porto (16%), Naples (13%), Alicante (13%) and, as already stated, Belfast International (11%). While Cluj-Napoca is mainly a VFR route from London, the Romanian airport does have hub operators. It is linked by Lufthansa to Frankfurt and Munich, while LOT Polish Airlines serves the city from Warsaw Chopin. Cluj-Napoca is not the only airport in the top 30 to already have a hub carrier. The table below shows all the destinations within the top 12 unserved Heathrow routes that also have a hub carrier service this summer. Note that anna.aero has only used hub carriers with operations at airports which have over 42 million passengers. (We also excluded Gatwick due to its proximity to Heathrow.)

Within the top 30 unserved Heathrow markets, there are a number of airports which are within a city which is also alternatively connected to Heathrow, including Belfast (City), Berlin (Tegel), Rome (Fiumicino), Milan (Linate and Malpensa), Warsaw (Chopin) and Istanbul (Atatürk). However, other London airports are also able to sustain services to more than one airport in these cities, so the potential of these routes wanting to be launched by carriers from an expanded Heathrow is not out of the realms of possibility.

What is certain is that an expanded Heathrow is not just a fight between it and Gatwick, but also with the European mega-hubs of Amsterdam (six runways), Frankfurt (four), Paris CDG (four) and Istanbul Atatürk (two/three), while the latter closes later this year to make way for a brand-new facility with up to six planned runways. When Istanbul New Airport opens in October, it will mean that Heathrow will only have at best half the runway capacity of all Europe’s other leading hubs. This further argues the case not only for Heathrow, but also for the UK to have a major aviation hub that will be able to compete more freely with Europe’s other major hubs. If you would like to hear what plans airlines like easyJet and Flybe have at an expanded Heathrow come to HubLAB, the free anna.aero-RABA  Heathrow Connectivity Conference taking place 12 June at the Heathrow-hosted British-Irish Airports EXPO. 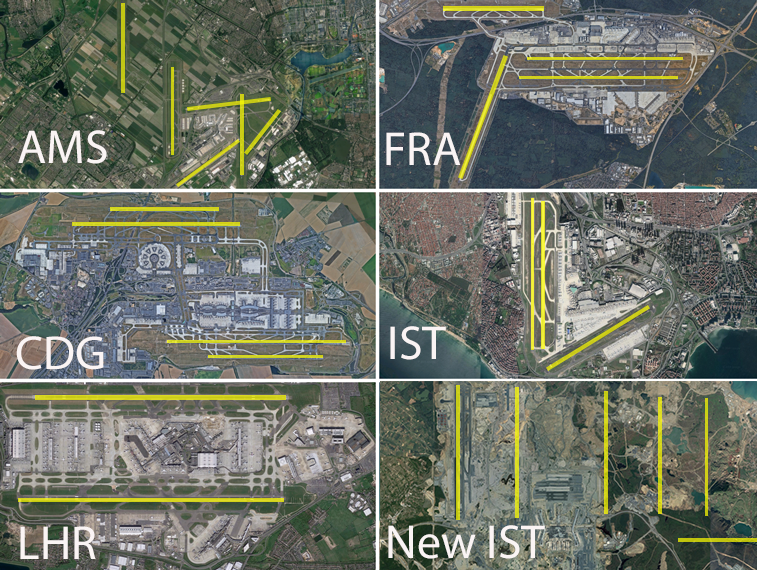 The case for Heathrow Expansion: Amsterdam, Paris CDG and Frankfurt all have double the amount of runways as London’s leading hub, while Istanbul New Airport, which opens in October, has plans for up to six. To hear the business case for airports and airlines like easyJet and Flybe at an expanded Heathrow, come to HubLAB, the FREE anna.aero-RABA Heathrow Connectivity Conference taking place at the Heathrow-hosted British-Irish Airports EXPO, Olympia London 12 June 2018.