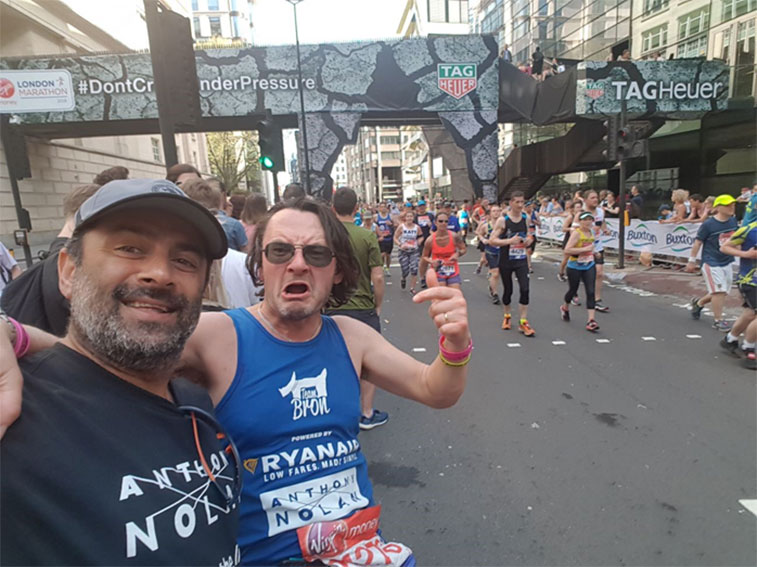 Budapest Airport CCO, Kam Jandu, supports anna.aero Publisher, Paul Hogan in the London Marathon, while the dedicated Runway Run team headed to Bilbao on this year’s recruitment drive at Routes Europe. Jandu, the brains behind the Budapest Runway Run, joined the Anthony Nolan Cheering Stations along the route. Anthony Nolan, which arranged two bone marrow transplants for Hogan’s late daughter Brontë, is one of the two benefiting charities of the BUD Runs, receiving some €75,000 since the series began. The “Always Getting Better” Ryanair generously sponsored Hogan €5,000 in London. (Thank you!!!)

The Budapest Airport-anna.aero Runway Run team were busy recruiting runners over the duration of this year’s Routes Europe event in Bilbao; the team have been building recognition and support for the leading sporting charity event for the global aviation industry.

This year’s race – five or 10km – takes place on Budapest Airport’s runway 13R-31L at 11:00 on Saturday 1 September 2018. On this day, Budapest Airport will close one of its two runways for four hours so runners drawn from airlines, airports and enterprises across the aviation community can once again compete for a series of anna.aero-Budapest Airport “Golden Cake Trophies”.

Numerous airline and airport executives attending Routes Europe have been enrolling to take on the challenge of knocking Wizz Air and Wroclaw Airport off the top spots as the current ‘Fastest Airline and Fastest Airport in the World’. 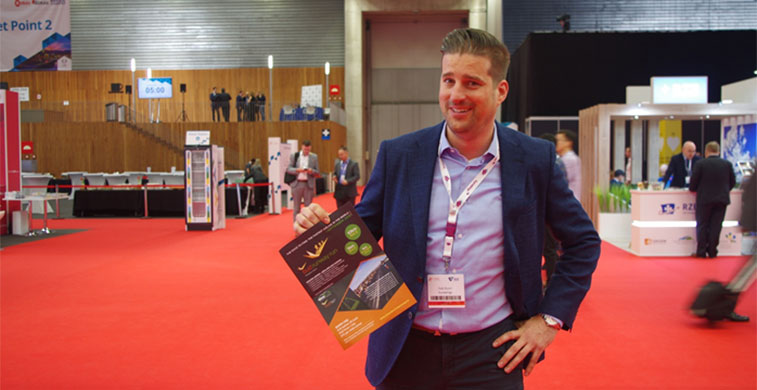 Falk Durm, Director Network Development & Airport Relations, Eurowings had been spotted by our keen-eyed recruiters for wearing his running trainers around the conference hall in Bilbao. While the foot attire for the event is more for comfort reasons, Durm is in fact a keen runner who’s looking at taking part in his first runway run later this year. 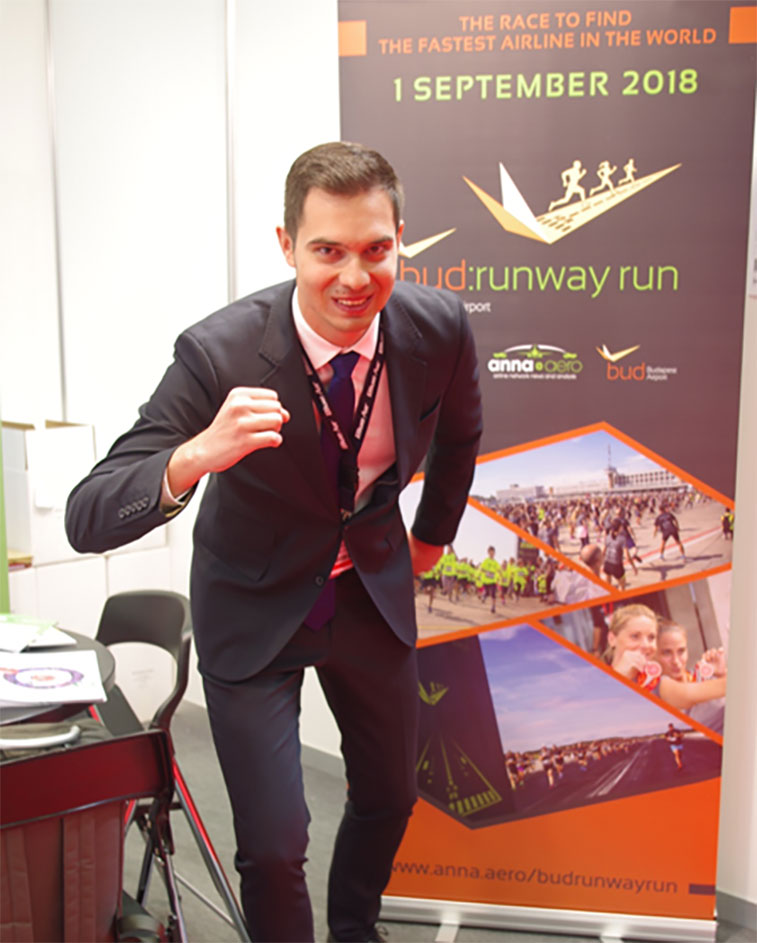 Having taken part in the Budapest Airport-anna.aero Runway Run in previous years, Blue Air’s Senior Network Development Executive, Vlad Cristescu is keen to go back and re-live the experience, this time fighting for the title of ‘Fastest Airline in the World’. 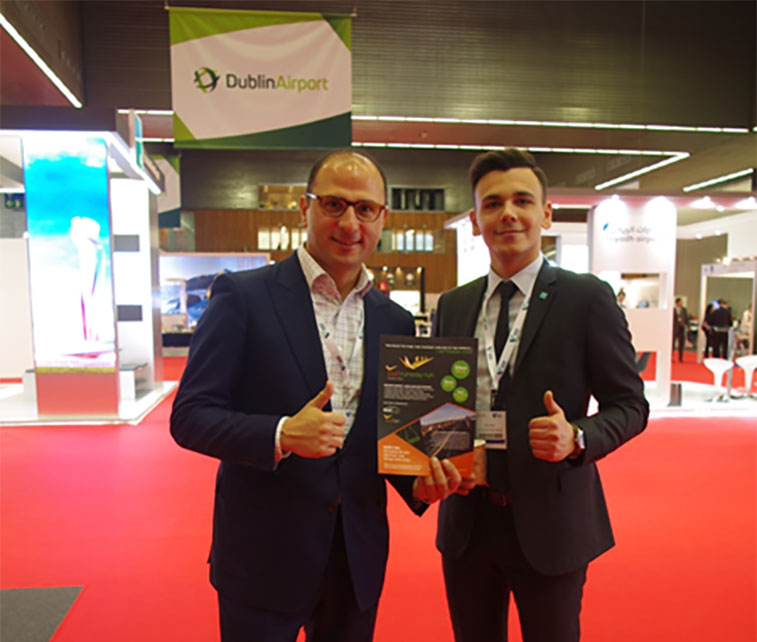 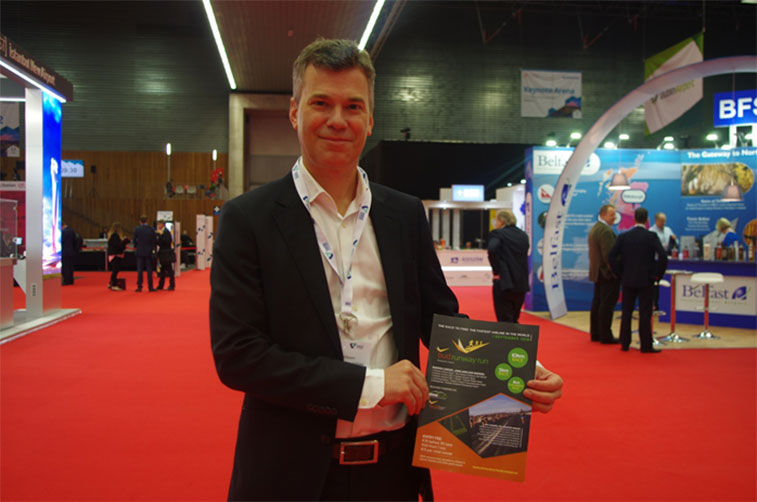 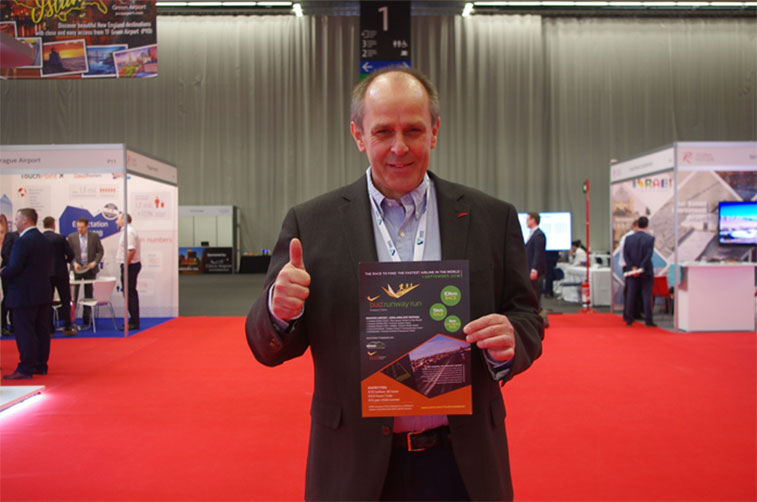 Austrian Airlines’ Gunther Steiner will be heading straight back to his office with details on this year’s Budapest Airport-anna.aero Runway Run. With sporting enthusiasts among them he’s sure they could get a team to challenge current champions Wizz Air this September. 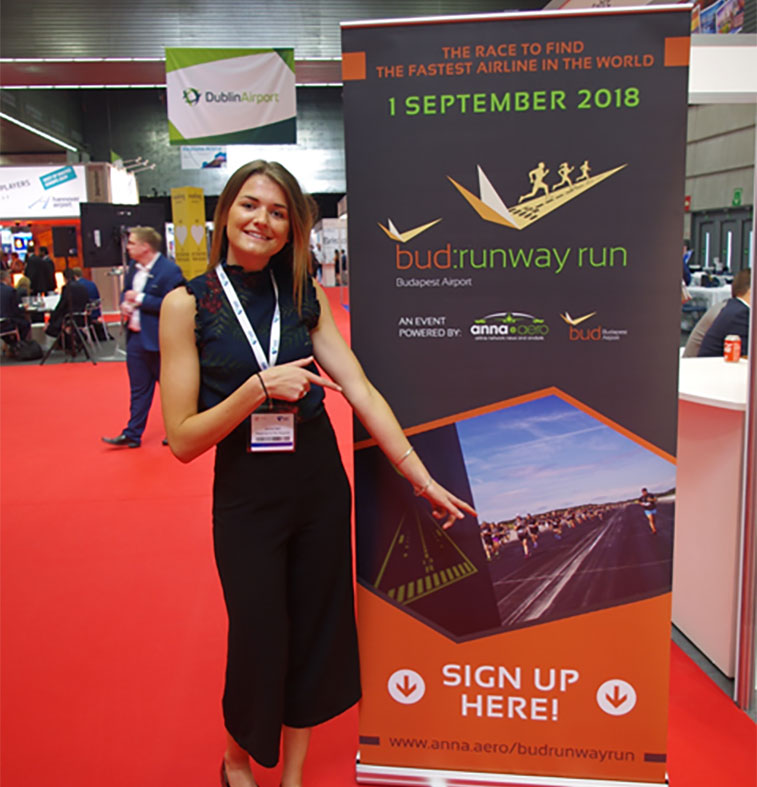 Jenna Hart, Aviation Development Analyst, Regional & City Airports is ready to help on the recruitment run. Being more of a natural swimmer than runner, Hart thinks the runway run could be a good starting point to train for the triathlon she’s always wanted to complete. 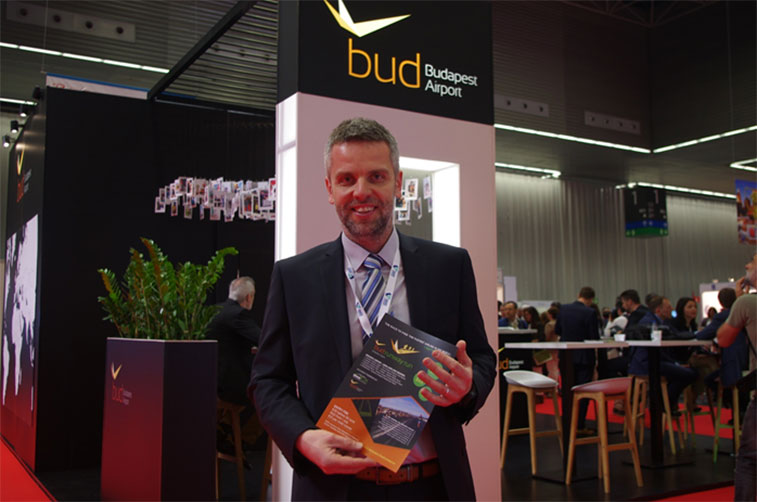 Getting a little more information from the Budapest Airport stand at Routes Europe, Radek Svatos, Coordinator, Slot Coordination Czech Republic thinks the concept is fantastic. While not a runner himself, he’s more than happy to see which of his colleagues can fit the event into their schedule just ahead of the start of W18/19.

Remember – all entry fees – still just €35 before July 2018 – are donated to charity. Be part of the story and join us at the only European runway run to be held in broad daylight on an active runway. 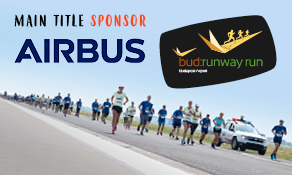 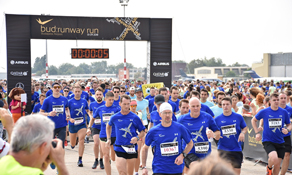