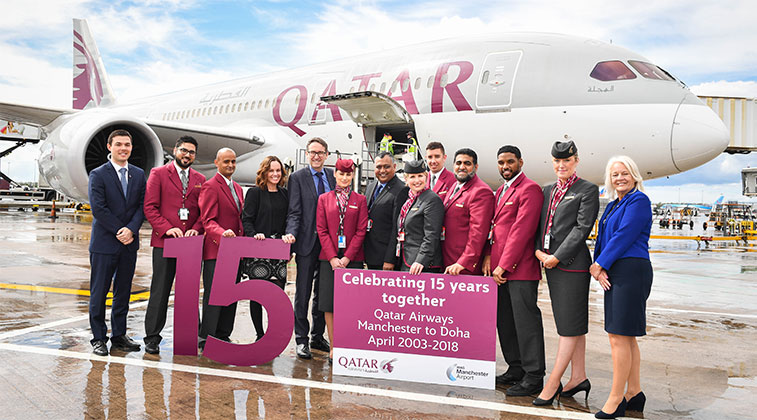 This month Qatar Airways celebrates its 15th anniversary of operating direct flights from Doha to Manchester – the number of weekly flights from Manchester has tripled since the 2003 launch. The service was upgraded to twice-daily in June 2011 and then to 16 flights a week on its 787-8 fleet in May 2016. Julian Carr, Aviation Director for Manchester Airport, said: “It’s fantastic to be able to celebrate the 15th anniversary of Qatar Airways operating from Manchester Airport.  The leading airline offers our passengers a fantastic service and the chance to connect to flights around the globe through its hub in Doha.  We look forward to celebrating many more milestones with Qatar Airways in the years to come.” Manchester’s most popular destinations over the past 15 years include Bangkok, Phuket, Perth and Bali. London Stansted’s £600 million transformation project reached its latest milestone when the first section of a new check-in area opened to passengers on 1 May. Eight new check-in desks are the first of 30 that will be introduced this year to handle the growing number of passengers using the airport. The desks form part of the first phase of works which also includes upgrades to the airfield, car parks and new upper deck seating areas to create more space for passengers in the departure lounge. London Stansted’s COO Brad Miller, Customer Service & Security Director, John Farrow and Transformation Director Paul Willis help open the new desks.