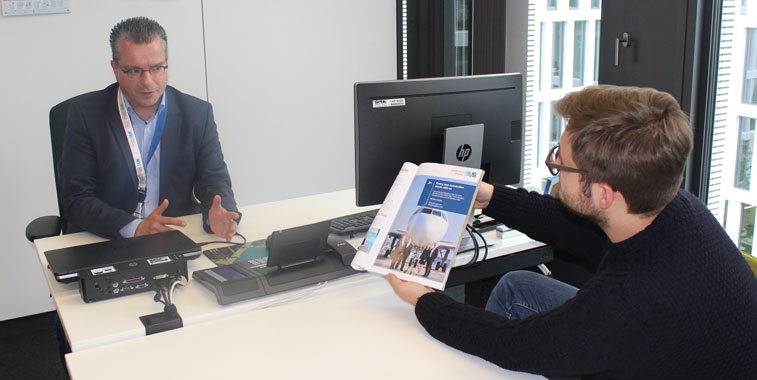 “The team and myself had in total over 40 meetings with airlines and airports at Routes Europe – at least three have been promising and one airline will announce a new route starting this coming winter shortly,” comments Ulrich Topp, Director Aviation Marketing, Düsseldorf Airport, to anna.aero’s Assistant Editor Jonathan Ford, with Ford delightfully displaying the German hub’s marketing material from the recent anna.aero Routes Europe magazine.

anna.aero: “How was Routes Europe 2018 for you? Did you have many meetings and positive discussions?”

Ulrich Topp: “The team and myself had in total over 40 meetings with airlines and airports at Routes Europe – at least three have been promising and one airline will announce a new route starting this coming winter shortly.”

aa: “Moving on from Routes Europe, what are the hopes and aims for the S18 and S19 seasons?”

UT: “For S19, we a confident that we will be able to close more gaps in our timetable after airberlin ceased operations last year.”

aa: “Last week Ryanair announced a new base at Düsseldorf. How long has the airport and airline been discussing this venture?”

UT: “We have been in touch with Ryanair for years, but in real talks since 2015. After Ryanair decided to operate from prime airports, too, the whole process sped up. Having said that, the real coup has been the part acquisition of Laudamotion, giving Ryanair the access to airports like Düsseldorf. Laudamotion has slots for S18, which are good for up to six-based aircraft.”

aa: “Currently which destinations are white spots missing from the airport’s network?”

UT: “In the long-haul heading east, they are Bangkok, Colombo, cities in India and Shanghai, with the latter however currently not possible for Chinese airlines due to traffic rights issues. Heading west, Canada, as well as Boston, Los Angeles and San Francisco, US routes operated by airberlin, are key missing links. In the short-haul market, points in Eastern Europe, Russia, Romania, Bulgaria and Poland, as well as the previously operated airberlin destinations of Bologna and Florence. Cairo would be interesting too.”

aa: “Eurowings has added new capacity to help fill the void of airberlin. How has the airport worked with the airline in helping fill those gaps left after the carrier’s demise?”

UT: “Eurowings benefited from the official support program as outlined in our Tariff Regulations and was fully aware of the once-in-a-lifetime chance to get a very strong access into Germany’s largest catchment area. In the Aviation Marketing Department, we worked together with Eurowings, helping them to identify the most interesting routes for them.”

aa: “Air Europa, Ryanair and Cobalt are just three airlines joining Düsseldorf’s airline line-up in 2018. Could we see more carriers join the list over the next few seasons?”

UT: “For S18 Air Arabia Egypt will add a new route from Hurghada, easyJet from Berlin Tegel is continuing from the W17/18 season. Adria Airways has added a new link from Ljubljana, plus Laudamotion is new, becoming the successor of NIKI. For W18/19 an announcement will be made shortly for an interesting European route. Along with this, Norwegian will upgrade its services to Spain, Eurowings will offer more intercontinental routes as it bases more wide-body aircraft in Düsseldorf.”

aa: “Eurowings aside, what have been the airport’s most notable recent new routes?”

UT: “Friedrichshafen will be operated up to twice-daily by SUN-AIR from 4 June. Another interesting one is Mostar, the winner of the “Vote and Fly” competition by Eurowings. We have also seen upgrades to various destinations on our Greek network, while TAP Portugal has upgraded its route from Lisbon to a twice-daily service.”

aa: “What is your overall development strategy for the coming years?”

UT: “The main aims are developing our intercontinental network with new destinations and more frequencies to our existing destinations. Along with filling the white spots, we want to offer a large variety of destinations and business models to our customers, from high-end to no frills.

aa: “What passenger routes are currently best performing for you?”

aa: “What are the passenger number targets for CY18? Can the 25 million passenger barrier be broken even with the loss of airberlin?”

UT: “Our target is to have the same passenger numbers as in 2017, meaning 24.6 million – which would be a great success under the circumstances, as slots for S18 had been allocated due to the various deals being arranged quite late, forcing carriers to start their operations later than previously planned!” 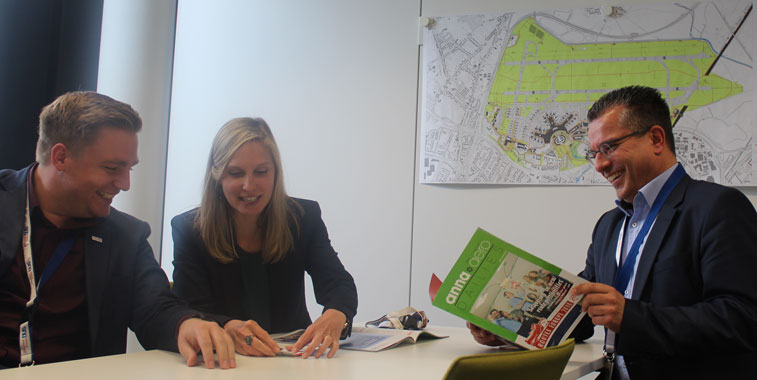