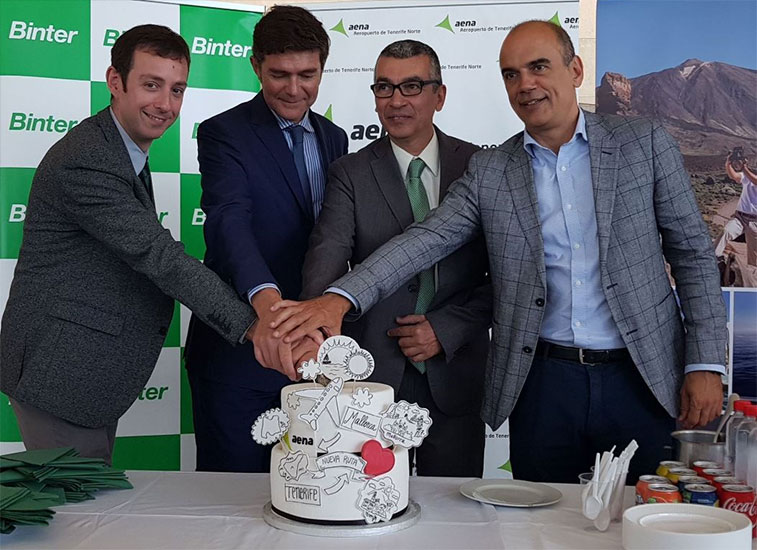 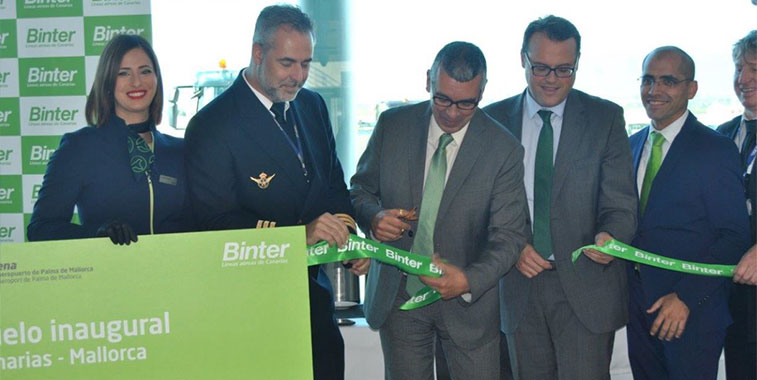 Celebrations were also undertaken at the other end of the 2,137-kilometre domestic route, with the BinterCanarias crew joined by José Escudero, Binter Canarias representative (third left) and Diego Llorca, Head of the Cabinet at Palma de Mallorca (fourth left). 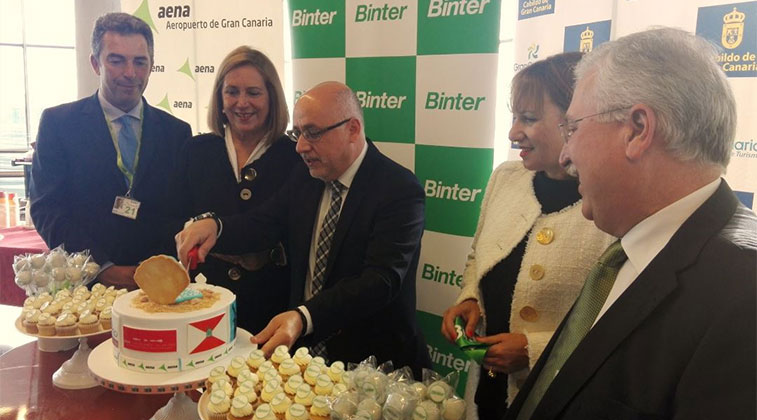 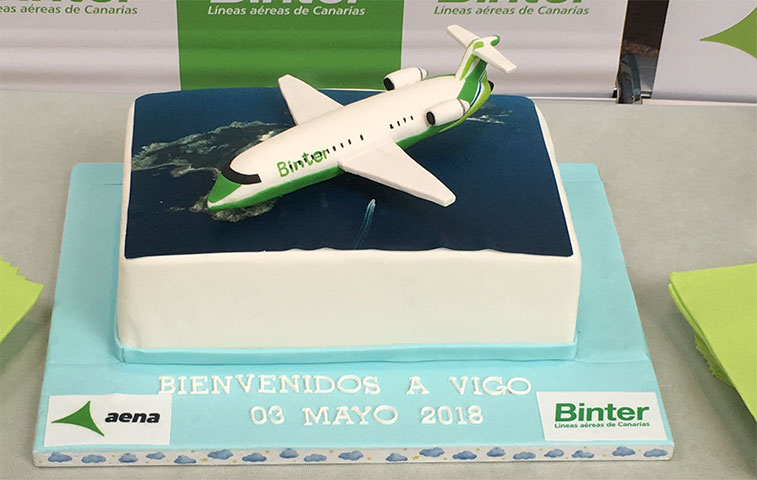 On the mainland in Vigo, this cake welcomed the start of BinterCanarias’ services from Gran Canaria on 3 May. As all flights are being flown by leased-in (from Air Nostrum) 100-seat CRJ 1000 aircraft, the sweet aircraft topping the cake actually bears more than a passing resemblance to the regional jet.