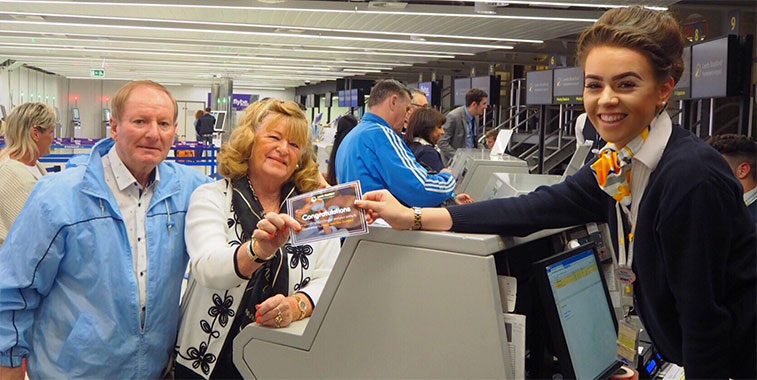 Leeds Bradford welcomed the start of two new Turkish services courtesy of Thomas Cook Airlines, with twice-weekly operations to Antalya and Dalaman. As part of the inaugural celebrations, the UK airport surprised the first people at check in with complimentary lounge access. Mr and Mrs Goulder-Plumb were jetting off for a two-week break in Turkey and were able to start their holiday in style in the airport’s new first class lounge, The 1432 Runway Club.