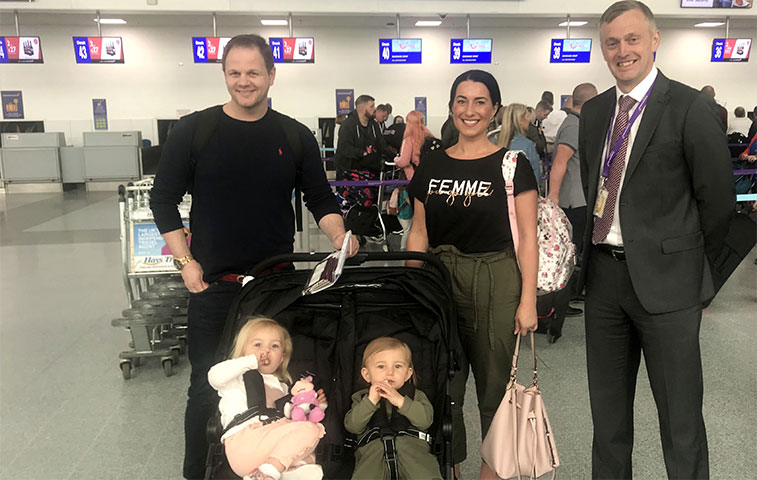 TUI Airways added two new destinations to its Newcastle operation over the last seven days, with new links to Dubrovnik and Thessaloniki. The UK airport, represented by Richard Knight, COO (right), surprised the Kilty family from Penshaw in Sunderland with £100 to spend at World Duty Free to kick-start their holiday in style.