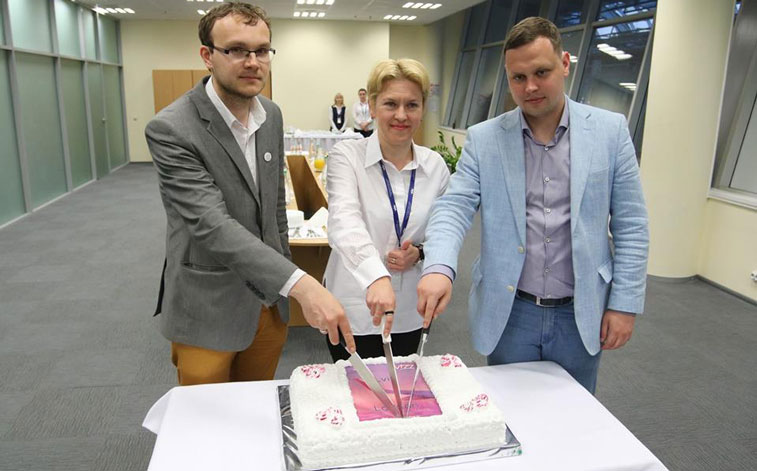 Wizz Air commenced flights between London Luton and Lviv on 1 May, with the Ukrainian airport greeting the arrival of the ULCC’s latest service to the city with a classic route launch cake. Seen cutting the sweet sensation showstopper are: Andriy Moskalenko, Deputy Lviv Major for Development Issues; Tetyana Romanovska, Director General of Lviv Airport; and Roman Kokotaylo, Acting Director of the Department for Roads, Transport and Communication of the Lviv Regional State Administration. Flights on the 1,714-kilometre sector will operate three times weekly.