Despite there being four new routes being launched from Malta this week by Air Malta, the airport’s celebrations were centred on Cagliari, which was a previously unserved market from the gateway. The first flight passengers and crew were keen to get involved and to take a peek at the fabulous cake baked for the ocassion. 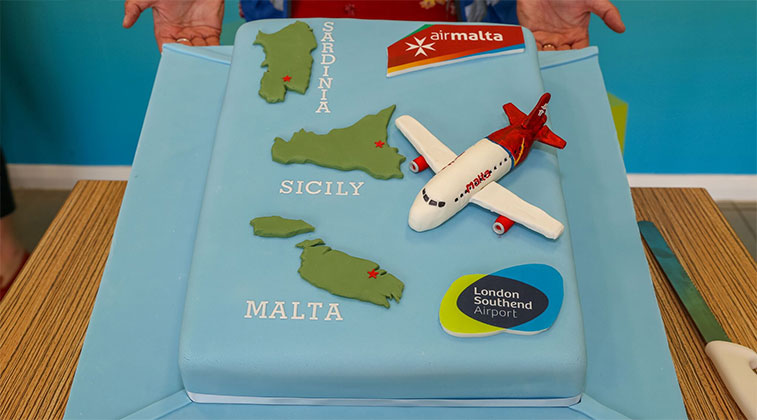 Air Malta is now operating three flights a week to Malta from London Southend – the airline also has flights twice-weekly to both Catania and Cagliari. The flights were welcomed with the traditional water arch salute from the Airport Fire Service and a large, impressive and very creative, celebratory cake to mark the occasion.