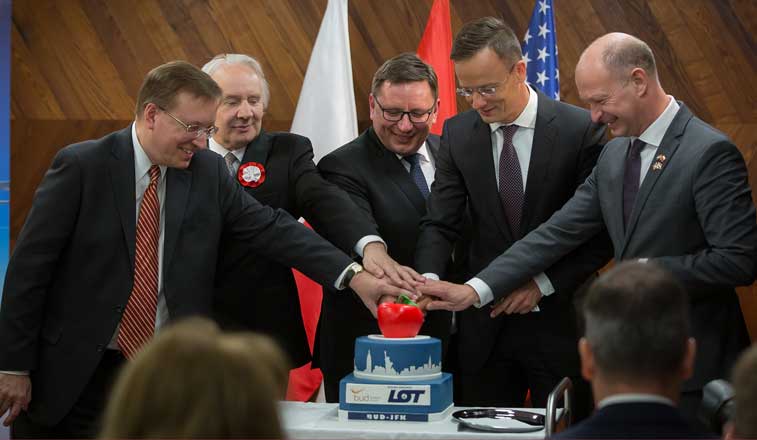 There were celebrations in Budapest to welcome the start of transatlantic services with LOT Polish Airlines on 3 May. Cutting the cake to mark the occasion were David Kostelancik, Chargé d’Affaires, US Embassy in Hungary; Jerzy Snopek, Ambassador, Embassy of Poland in Budapest; Rafał Milczarski, CEO, LOT Polish Airlines; Péter Szijjártó, Minister, Ministry of Foreign Affairs & Trade; and Jost Lammers, CEO, Budapest Airport.