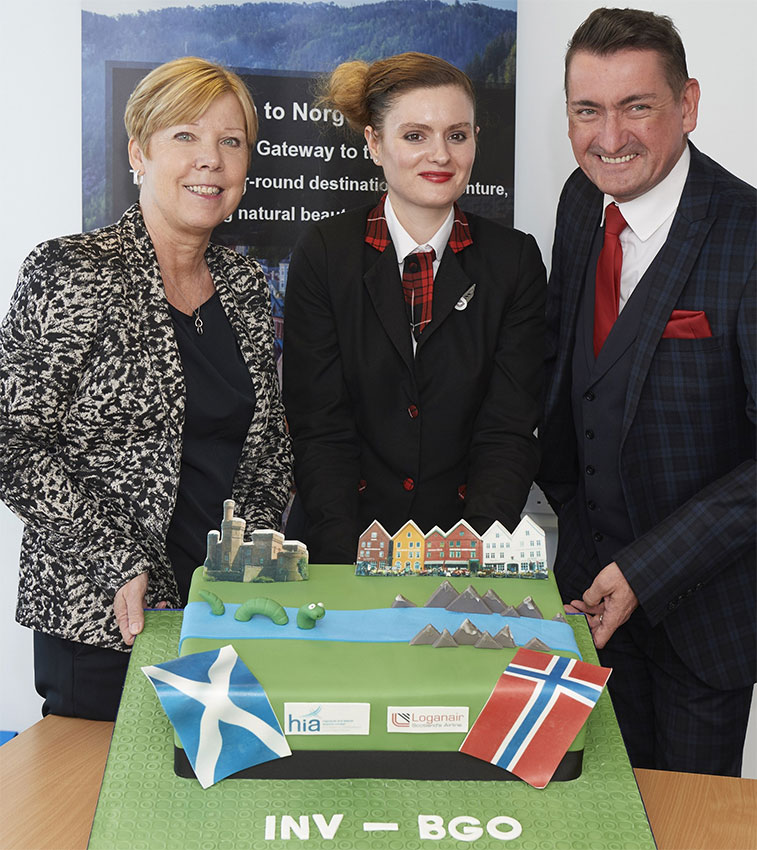 Kay Ryan, Loganair Commercial Director, Faith MacIntyre, Loganair Cabin Crew and Graeme Bell, Inverness Airport’s MD are getting ready to tuck into the Loch Ness-inspired cake baked to herald the start of Loganair’s flights from Inverness to Bergen. The service originates in Manchester, and provides the airport with a fresh one-stop connection to Norway too.