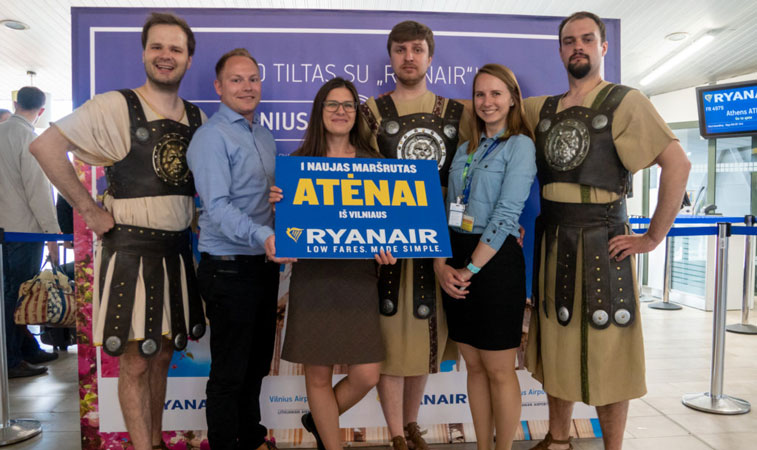 Another airport which greeted a new service from Athens with Ryanair was Lodz, a route launched on 12 May. The Polish airport celebrated the connection with cake, while a ribbon cutting ceremony was held to officially open the route. Seen conducting the ribbon cutting are: Anna Midera, CEO, Lodz Airport; Olga Pawlonka, Sales & Marketing Manager for CEE, Ryanair; and Joanna Skrzydlewska, Vice Marshal from the Lodz Region Office. 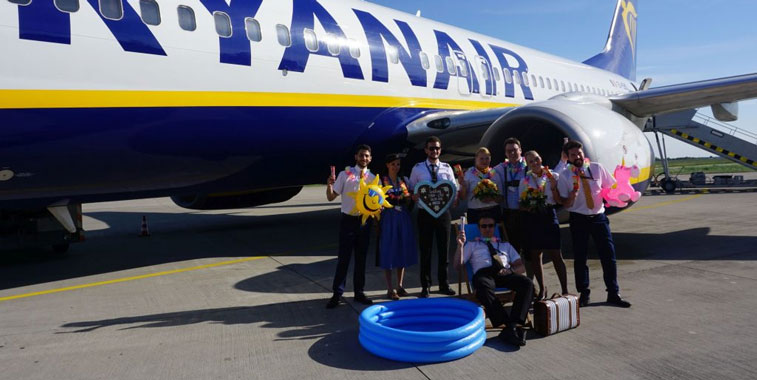 Along with welcoming a new route from Athens this week with Ryanair, Memmingen also gained a Zadar connection, a sector that the airline launched on 8 May, and will operate three times weekly. Posing alongside the very chilled out crew on the German airport apron are Memmingen Airport’s Aviation Marketing & Sales Manager, Alica Ulrich (second left), and Head of Aviation, Marcel Schütz (third right). The Athens route will operate twice-weekly.