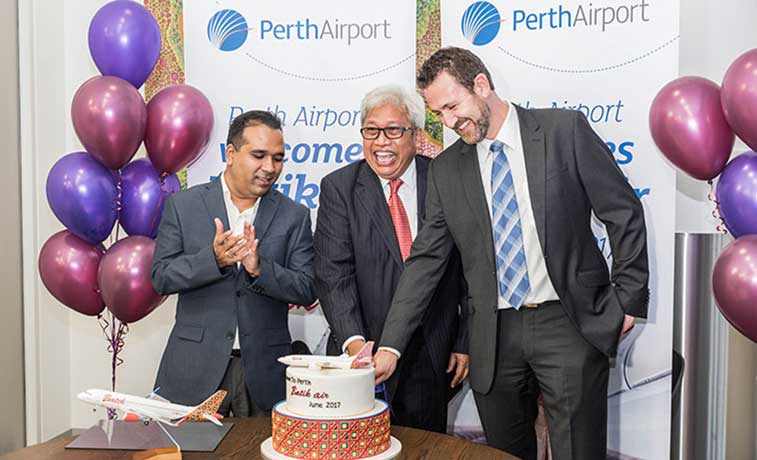 There were 29.18 million two-way seats available on flights serving Denpasar in 2017, more than twice as many as in 2010. Indonesian carrier Batik Air saw the strongest percentage growth in capacity among the airport’s top 12 airlines last year and introduced this new service to Perth, Australia in June.

Capacity doubles in past seven years

The available two-way seats on flights serving Denpasar grew from 10.63 million in 2008 to 29.18 million in 2017, representing a substantial 174% increase. Between 2009 and 2017 the airport experienced double-digit, year-on-year growth on six occasions. The single largest annual increase came in 2010, with available seat numbers boosted by nearly 20% over 2009 levels. Since 2008, Denpasar has only witnessed one annual capacity contraction. This took place in 2015, and the cuts were marginal at less than one percent. From 2010 to 2017 available capacity to and from the Balinese airport more than doubled, increasing by 108%. 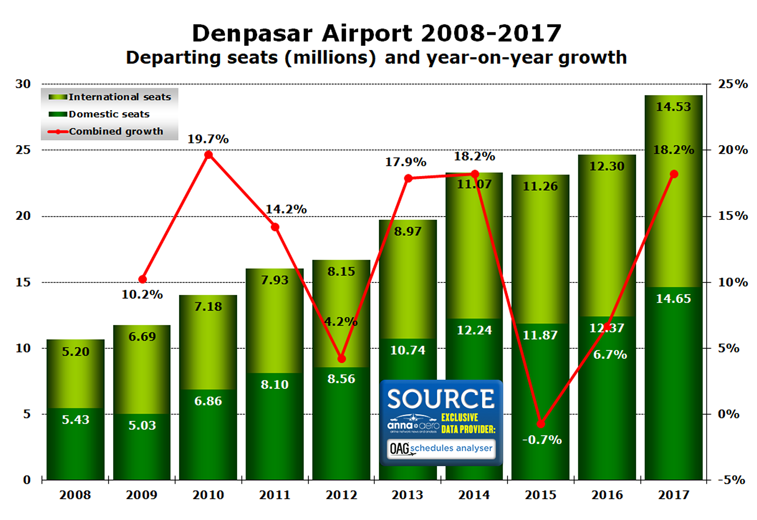 Denpasar has seen a relatively even split between capacity offered on domestic and international services over the past 10 years. In 2008 there were 5.43 million two-way seats available on domestic services. By 2017 this had grown to 14.65 million, which is equivalent to a 170% increase. Over the same period, international capacity increased by 174% from 5.20 million seats to 14.53 million. Domestic seats accounted for 51% of the airport’s two-way capacity in 2008 and around 50% in 2017.

Indonesian-based carriers accounted for nine of the top 12 airlines at Denpasar in 2017, based on annual departing seats. This included the four largest airlines, and eight of the top 10. National flag carrier Garuda Indonesia was the biggest single capacity provider, with more than three million departing seats, 21% of the airport’s total. OAG schedules show that Garuda will offer 323 flights from Denpasar across 29 destinations during the week commencing 15 May, with between 45 and 47 daily departures. Jetstar Airways was the largest international carrier in 2017. During the week commencing 15 May it will serve eight destinations from Denpasar with the highest frequency link being Perth, which it operates three times daily. 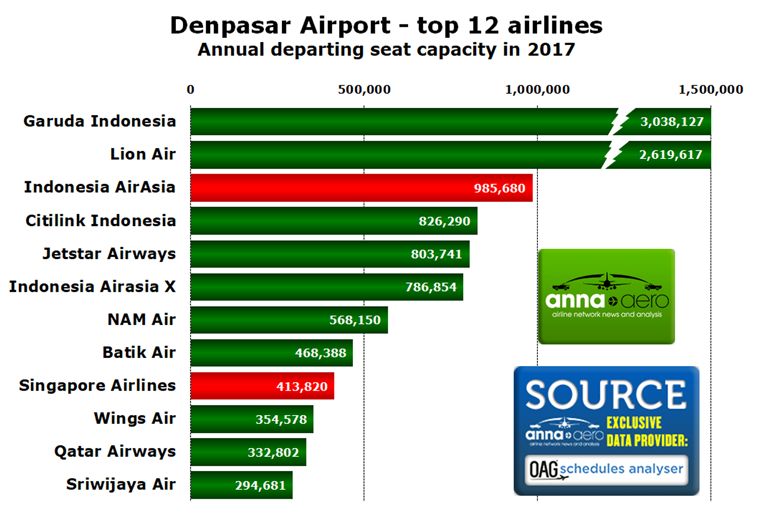 Most of the top 12 airlines expanded their capacity from Denpasar last year. The strongest growth came from Batik Air (620% increase) and NAM Air (207%). Batik Air was a new entrant to the top 12 in 2017 increasing the number of one-way seats on offer from Denpasar from 65,000 in 2016, to 468,000 last year. The Indonesian airline more than trebled its domestic capacity in 2017 and introduced international services to Perth and Kuala Lumpu. Two of the top-ranked airlines (highlighted in red) cut capacity from the Bali facility last year. The largest reduction came from Indonesia AirAsia, with the LCC removing 5.4% of its seats compared to 2016.

Half of the top 12 routes from Denpasar in 2017 were domestic services. This included its biggest single link to Jakarta. There were 3.21 million one-way seats available on the capital city connection, representing 22% of the airport’s total capacity. OAG schedules show that six airlines will offer 232 combined flights from Denpasar to Jakarta during the week commencing 15 May. Three of the top-ranked routes last year were international services, with Singapore the largest of these. The biggest international country market was Australia, with nine links and 1.74 million seats available. The largest country market outside of Asia Pacific was Qatar, which finished in seventh place. 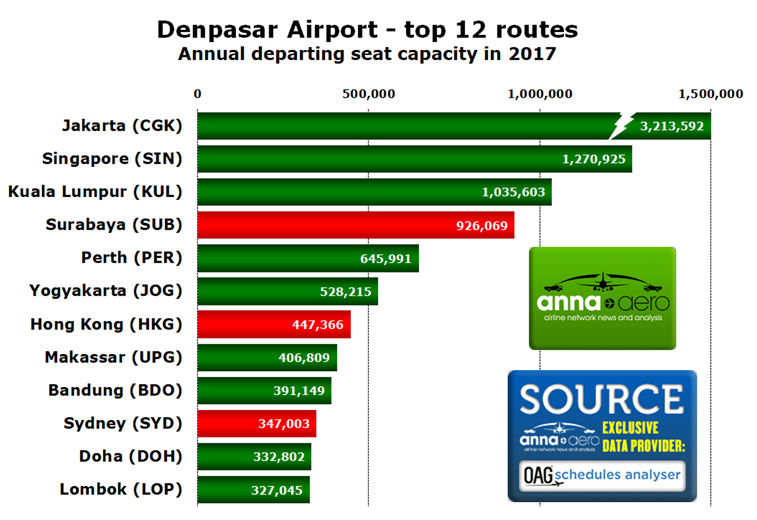 Denpasar’s top two routes remained unchanged in 2017, with the majority of the top-ranked routes witnessing a year-on-year capacity boost comapred to 2016. The largest increases came on services to Kuala Lumpur (60% increase over 2016 ), Jakarta (24%) and Doha (23%). The Kuala Lumpur link experienced growth from existing operators, plus the introduction of services by Batik Air and AirAsia X. The Malaysian destination subsequently overtook Surabaya to become the third largest route from Denpasar. Three connections (highlighted in red) witnessed a year-on-year decline in seat numbers. The largest cuts came on domestic services to Surabaya (16% reduction). Melbourne dropped out of the top 12 and was replaced by Doha.

anna.aero’s New Routes Database indicates that one new route has already launched to Denpasar in 2018 and that at least three more are scheduled to begin. These include Qantas and Malindo Air introducing services to Melbourne, and Emirates adding a link to Auckland. All three services are due to commence in June. 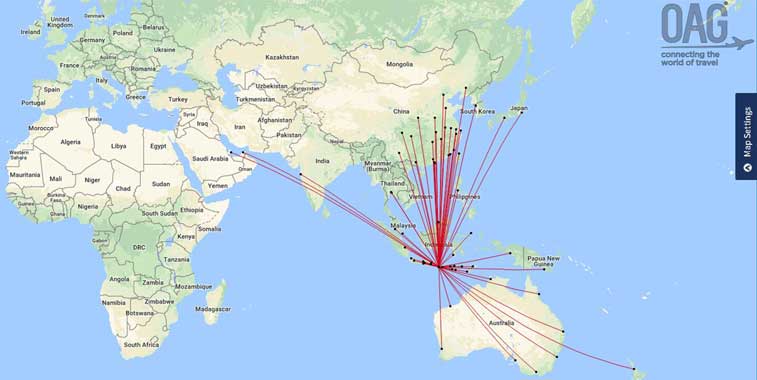