Seville-Vienna is “Skyscanner Unserved Route of the Week” with 60,000 searches; Vueling’s fourth route to Vienna?? 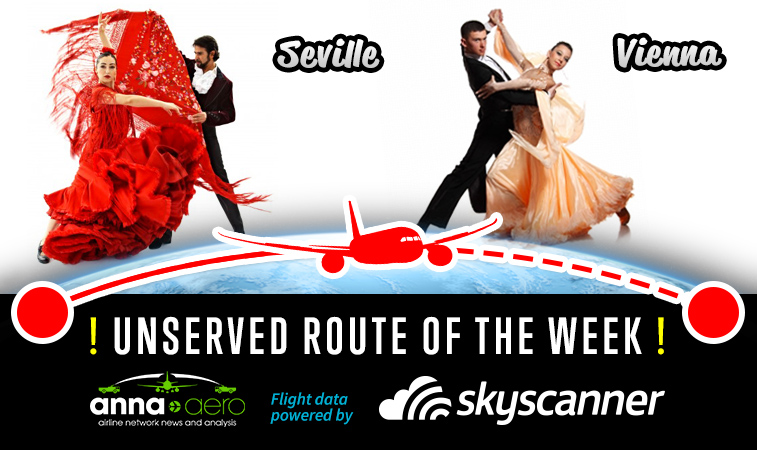 Wanna jive to this potential city pair? 60,000 travellers want to put their dancing shoes on and fandango their way direct between Seville and Vienna. Vueling and Eurowings – stop dawdling on the side of the dance floor and step to it!

With nearly 60,000 searches in the last year, a potential city pair from Seville to Vienna has been identified as this week’s “Skyscanner-anna.aero Unserved Route of the Week” – a powerful analysis based on aspirational data captured from the Skyscanner.net flight comparison site used by +60 million unique visitors per month. 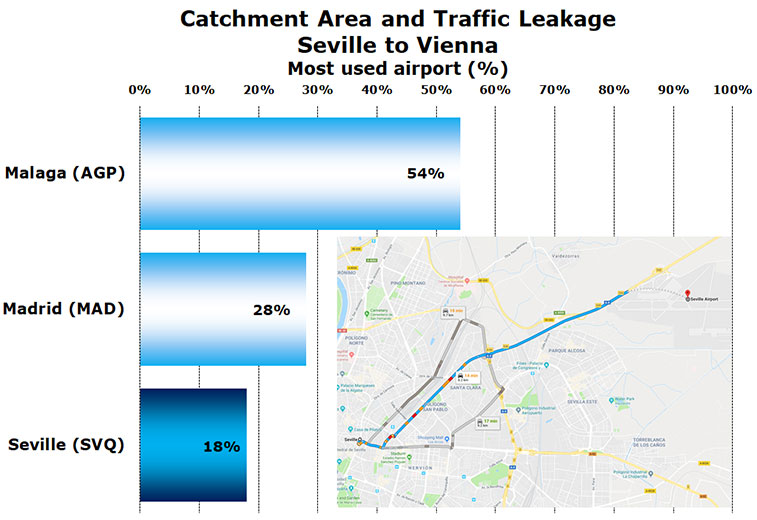 Matt Williamson Skyscanner’s Commercial Executive says: “Seville serves 18% of the catchment (50 km around the airport) going to Vienna. With a better service, such as a non-stop operation, the traffic could grow by 461%.”

anna.aero thinks Vueling or Eurowings should venture onto this sector

Skyscanner demand on this week’s unserved route shows a slight preference towards the Seville end of the city pair, with a 51/49 split, so on this basis we looked at potential carriers at the Spanish origin first. According to OAG schedules for the week commencing 16 May, the largest carrier at Seville is Ryanair (34% share of weekly seats). The ULCC’s route network from the airport presently consists of 39 destinations, of which two are points in Central or Eastern Europe – namely Warsaw Modlin and Krakow.  However, as the airline is yet to serve any route which touches Vienna, and just offers a limited schedule to Austria from London Stansted – five times weekly to Salzburg and twice-weekly to Linz – it should be viewed unlikely that Ryanair will be considering a new route to Vienna from Seville in the short term.

Very close behind the Irish behemoth at Seville is Vueling (33% share of weekly seats). The #2 carrier presently offers just four overseas routes from its 15-destination network at the Spanish airport, a ten times weekly operation to Paris CDG, a four times weekly service to Rome Fiumicino and twice-weekly flights to Lyon and Nantes. However, unlike Ryanair, the IAG-owned carrier does at least have a market presence in Vienna, offering double-daily operations from its biggest base in Barcelona, as well as 12 weekly flights from Fiumicino and a five times weekly route from CDG. As a result, it would not be beyond the intelligence of the average network planner to complement these existing Viennese services with another Spanish rotation from Seville.

Contemplating the Austrian end of the route, Vienna’s leading capacity provider of its current 60 serving airlines is Austrian Airlines, which offers 52% of the airport’s weekly seats. While the carrier serves Spain, it presently offers weekly flights to Fuerteventura, Gran Canaria and Tenerife South, and will add services to Ibiza and Menorca later in the summer, it seems intent on serving holiday destinations rather than the main city markets, like Seville. The city break market looks like a segment Vienna’s second-largest carrier Eurowings would be more interested in, as it flies to Barcelona (12 times weekly) and Madrid (six), as well as Palma de Mallorca (16), Malaga (three), Ibiza (three) and Gran Canaria. On this basis, and especially given this Skyscanner data, the LCC would seem the most likely to consider this potential city pair from the Austrian end. 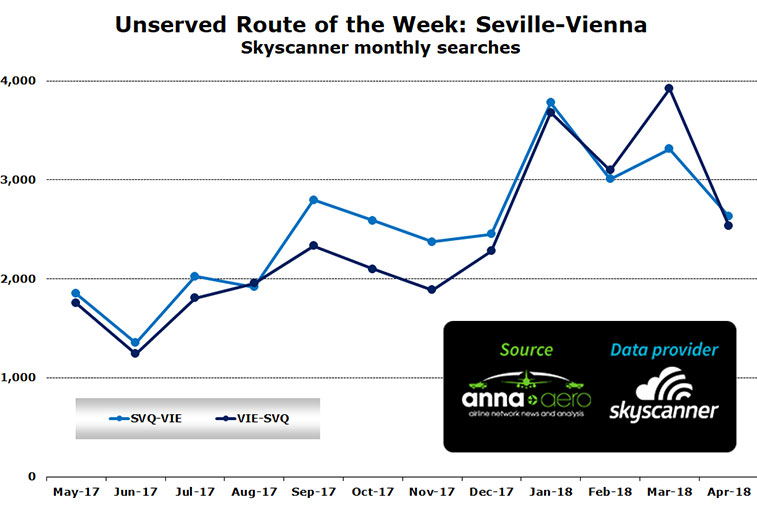 When looking at the previous year of search data (graph above), the busiest month (from Seville) is January 2018, with nearly 3,800 searches. Given the anticipated booking profile of the route – short-haul leisure – around 60% of travellers on this potential sector will want to book between seven to four months before departure, so this would seem to indicate that the busiest months for traffic will be between May and August. Using the same methodology for the Vienna end of the sector, the peak months for traffic will be between July and October.

According to OAG Traffic Analyser, because there is no direct service, the top three connecting options chosen by those passengers who did book travel between Seville and Vienna in the last 12 months (year ending March 2018) indicates that the majority of connecting travellers used Madrid (26%), Munich (19%) and Barcelona (18%). A total of 15 different transfer airports were used by travellers looking to connect between the two cities.

Indeed, an O&D market that is not served by a non-stop flight will typically display a low purchase rate and low traffic. In this instance Skyscanner’s Travel Insight indicates a monthly average purchase rate of 8.0% for the Seville to Vienna route (see graph below). Therefore, if there was a Seville to Vienna route, and if bookings performed in line with the “Skyscanner market average” for direct services at both airports (8.8%), the airline operating this route could immediately expect an improved purchase rate of 76%, without any increased marketing spend. However, with nearly 60,000 annual searches in the last year, and with the sector being operated by an appropriately-sized aircraft for the type of route, a two or three times weekly service should be immediately viable for the airline choosing to start this potential city pair. 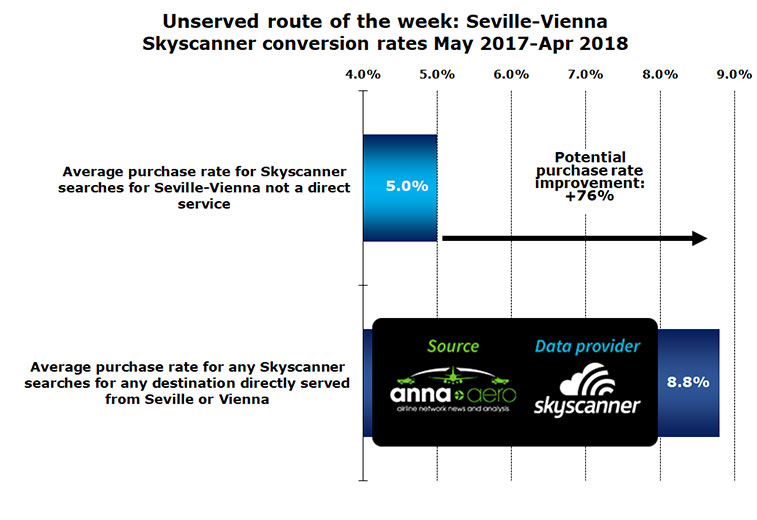