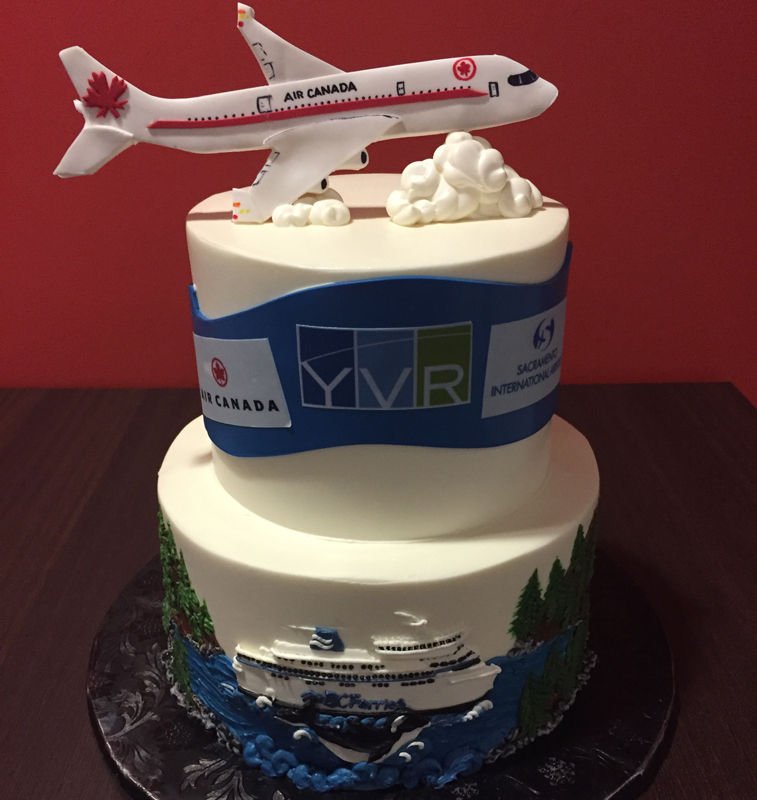 Air Canada added a connection between Vancouver and Sacramento on 17 May, with the California airport greeting the Star Alliance member’s new service with this classically designed two-tier cake. The carrier will be operating the 1,173-kilometre transborder airport pair daily using its fleet of CRJ 900s based on OAG schedules. Air Canada commenced operations between Montreal and Baltimore/Washington on 17 May, with the US airport celebrating the route with a ribbon cutting and two cakes. Seen taking part in the ribbon cutting are: Frédéric Tremblay, Director of the Quebec Government Office in Washington; Frank Stendardo, Transport Counsellor, Embassy of Canada to the US; Vincent Gauthier-Dore, Director of US Business Development, Air Canada; Ricky Smith, Executive Director, Baltimore/Washington Airport; and Calvin Peacock, Maryland Aviation Commission. 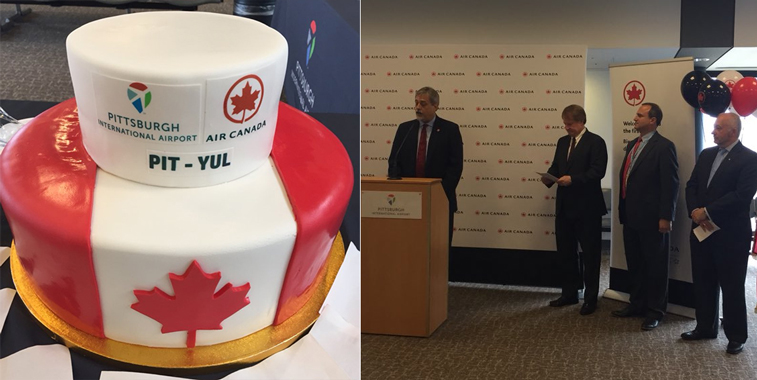 Air Canada also added Pittsburgh to its Montreal network on 17 May, with the US airport also baking a cake to mark the start of the new connection. Seen speaking at the launch is David Ray, Manager Business Development US, Air Canada. Ray was also joined by Rich Fitzgerald, Allegheny County Executive; Eric Sprys, CCO, Pittsburgh Airport; and Bernie Mongilio, US Great Lakes BU Manager and US Banking Industry Leader at CGI, by commenting on the new service. Along with its Montreal expansion, Air Canada also added a new service from Toronto Pearson on 17 May, coming in the form of a short 703-kilometre sector to Providence. The Rhode Island airport baked a cake to mark the arrival of the Star Alliance member, while speeches were made by Patrick Khoury, Senior Director Sales US, Air Canada, and Iftikhar Ahmad, President and CEO, Rhode Island Airport Corporation.