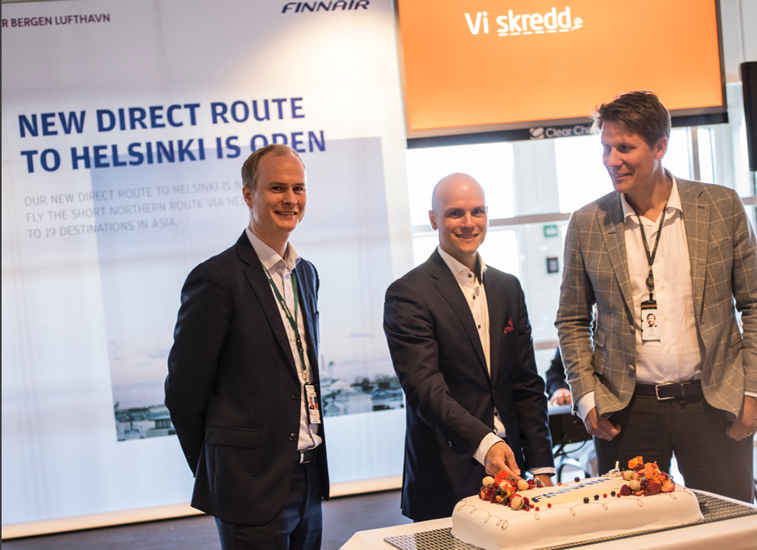 Pictured at the cake cutting ceremony, held to toast the launch of Finnair’s new service between Helsinki and Bergen, are: Christian Skaug, CCO of Widerøe; Robert Lönnblad, GM Scandinavia, Finnair; and Aslak Sverdrup, MD, Bergen Airport. The route will be flown six times weekly, with flights operated by Widerøe. Finnair and the Norwegian carrier recently extended their cooperation agreement, with Widerøe also operating Tromsø flights which launched this week. 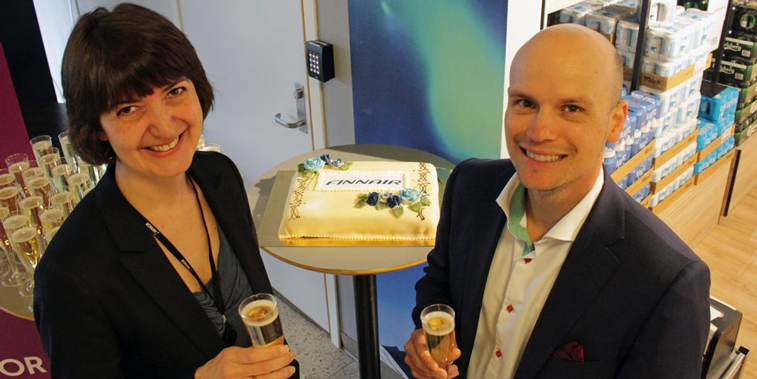 Mona Ringstrand, Commercial Manager, Avinor is seen pictured with Robert Lönnblad, GM Scandinavia, Finnair as they pose with the route launch cake which was made to celebrate Finnair’s new service between Helsinki and Tromsø. The route will be flown weekly (Saturdays) by Widerøe Q400s, with no direct competition being provided.