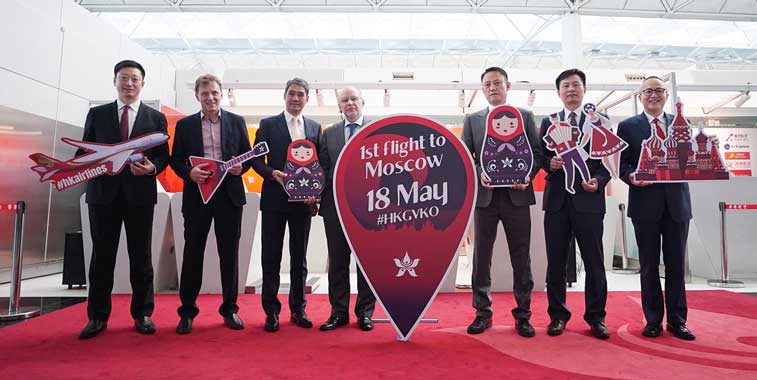 Among those celebrating the launch of Hong Kong Airlines’ inaugural flight from Hong Kong to Moscow Vnukovo on 18 May were Tang King Shing, Vice Chairman, Hong Kong Airlines (third left) and Alexander Kozlov, Consul-General of Russia, Hong Kong SAR and Macao SAR (fourth left). The airline will operate the 7,145-kilometre route three times weekly with A330-300s until 23 October, with the routes scheduled not to face direct competition.