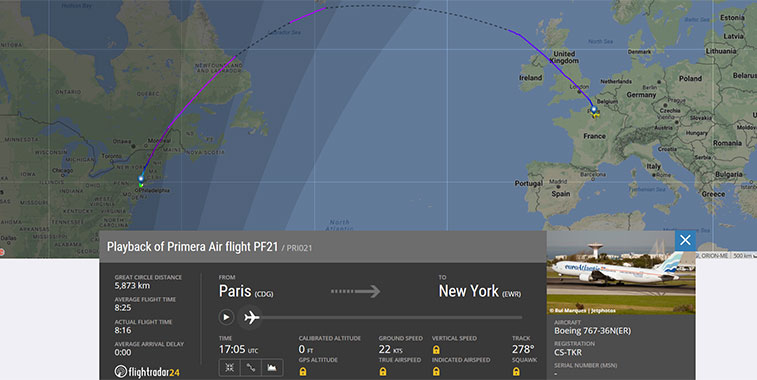 If evidence was needed of the mish-mash of aircraft being used by Primera Air on its fledgling transatlantic network, then this image from FlightRadar24 is the smoking gun. While its factory-fresh first A321neo is flying some of its operations from London Stansted, including the Boston route launched this week, it is using a National Airlines 757-200 from Birmingham and a euroAtlantic Airways 767-300 from Paris CDG on its services to New York Newark.