Among those present at the launch of British Airways’ service between London Heathrow and Kefalonia were: Haris Filos, Senior Airline Developer, Fraport Greece; Spyros Galiatsatos, Ionian Islands Region Vice Governor of Tourism & Promotion; and George Vilos, Executive Director of Commercial & Business Development, Fraport Greece. The three were then joined by other VIPs to help cut the cake baked to celebrate the route launch. 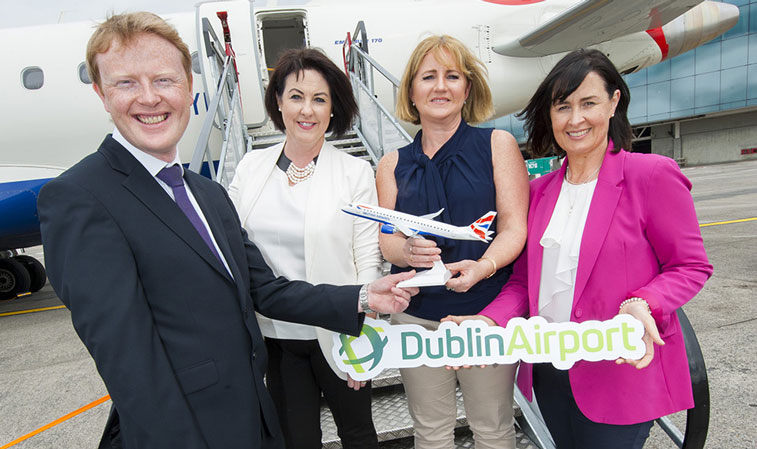 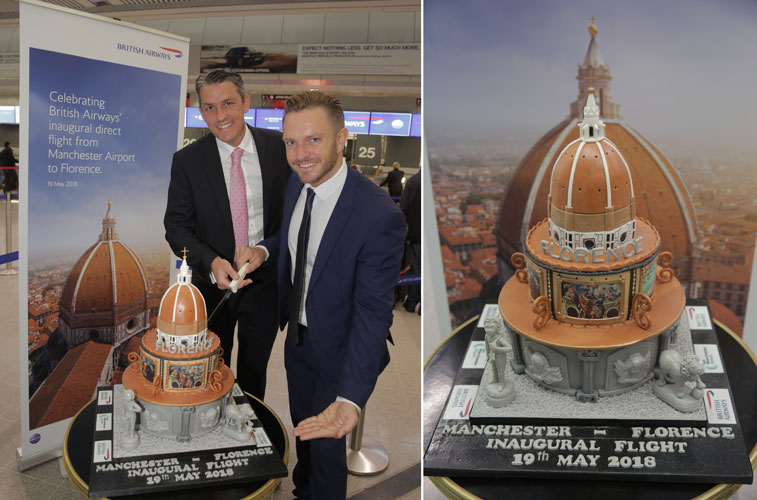 Along with securing a new route from Dublin with British Airways, Manchester Airport also gained a link to Florence with the oneworld member, a service launched on 19 May. Seen cutting this fantastic cake, styled on the Italian city’s cathedral, are Stephen Turner, Commercial Director, Manchester Airport, and Luke Hayhoe, GM Customer and Commercial, BA CityFyer. The carrier will serve the route weekly using its E190s.