LOT Polish Airlines sets off for Singapore and Kaunas 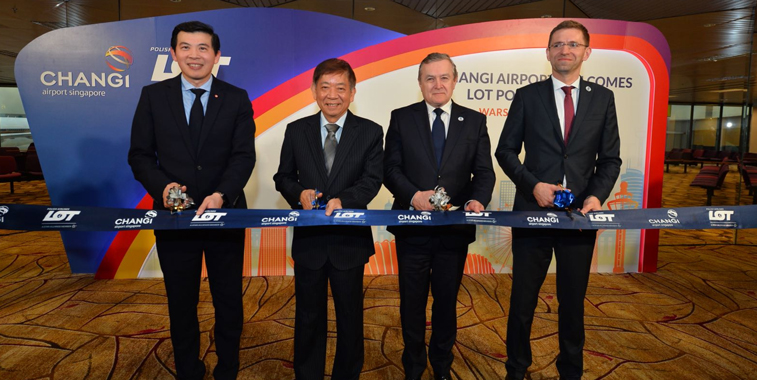 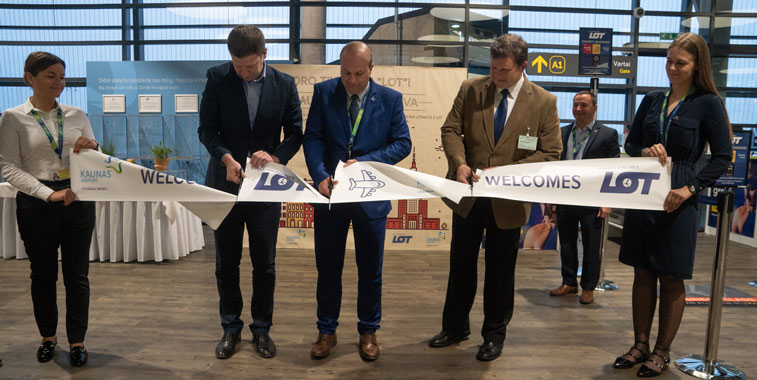 LOT Polish Airlines commenced operations from Warsaw Chopin to Kaunas on 21 May, with the inaugural flight back to the Polish capital being the following day, a result of the aircraft night-stopping at the Lithuanian airport. Seen cutting the ribbon in Kaunas, officially opening the route, are: Vice Mayor of Kaunas, Simonas Kairys; CEO of Lithuanian Airports, Marius Gelzinis; and LOT Polish Airlines’ GSA for Lithuania, Raimondas Kesilis.