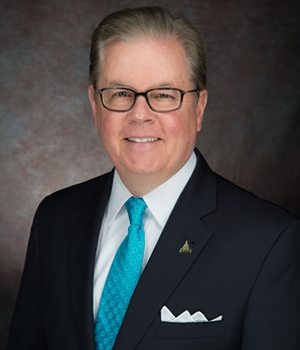 Kevin Burke, President and CEO, Airports Council International-North America, takes a moment to speak to anna.aero to discuss why it is a great opportunity for airlines and airports to attend next month’s JumpStart® in Cleveland.

Airports Council International-North America’s (ACI-NA) JumpStart® Air Service Development Conference is a stand-alone event concentrating on route development within the North American continent. The 2018 JumpStart® Conference will take place in Cleveland between from 4-6 June at the Renaissance Cleveland, and will begin with a full day of educational sessions followed by two days of airport to airline one-to-one meetings. Along with the educational sessions and meetings, on 3 June there will be a Small Airports Committee Meeting. In the run-up to this event, anna.aero caught up with Kevin Burke, ACI-NA President and CEO to discuss his plans and expectations for this year’s conference.

aa: “What would you say are the main challenges facing airports in developing new air services in today’s market?”

KB: “Airports embrace competition for the benefit of passengers. At the same time, we continue to see the airlines reaffirm their opposition to real competition by undertaking policy initiatives that protect their profits and maintain their control to the detriment of passengers. It’s time to reverse this troubling trend and instil more competition across the industry for the benefit of passengers. While airports continue to work with Congress and the Trump Administration on modernising the Passenger Facility Charge user fee and protecting Open Skies agreements, airports are also working through the ACI World Expert Group on slots to examine opportunities that strengthen airline competition by reforming the global slots system.”

aa: “ACI-NA has been hosting its JumpStart® Air Service Development Conference for many years. What makes the 2018 JumpStart® unique to past events?”

KB: “Following the great success of our 2017 event, our team immediately began work on a plan to make 2018 even better. We started with our airline partners because that drives the attendance for an event like this. We worked closely with airline network planners to increase the number of airlines attending and the number of airline network planners able to meet with airports. We are so pleased with the results as we have 29 airlines confirmed.”

aa: “How much bigger is this year’s event compared to last year’s in Providence?”

KB: “Our JumpStart® Air Service Development Conference continues to grow in size and stature each year. The 2018 ACI-NA JumpStart® Air Service Development Conference is shaping up to be another big event. We have carriers from North America, Latin America and Europe. We also have many airlines attending JumpStart® for the first time, such as Flair Air, JetSuiteX, Southern Airways Express, Tropic Air, Tropic Ocean Airways, Ultimate Air Shuttle, and WOW air.”

aa: “You seem to have most of the key US and Canadian airlines attending JumpStart®. Are there any others you would love to attend? Is there potential for more international carriers to join the event?”

KB: “There is a strong recognition among the U.S. and Canadian carriers about the importance of JumpStart® as a way to meet or continue conversations with North American airports. We are proud this year to host many more niche and new concept carriers that may disrupt the North American marketplace in the years to come. Our goal is always to ensure our members and attendees are connecting with the carriers that make sense for their markets. That being said, I think there’s more opportunity to add foreign air carriers to the portfolio.”

aa: “How many air service development meetings are forecast to take place in Cleveland?”

KB: “We have worked closely with our airport members and the attending airlines to create custom schedules for each attendee. By the end of JumpStart® 2018, there will have been more than 1,300 one-on-one meetings between the 29 airlines in attendance and representatives from 195 airports.”

KB: “Recruiting and retaining air service is a big job, and airport resources are limited. In addition to one-on-one meetings, JumpStart® offers both education and training. There is a lot of value in what our event is able to offer. That’s the beauty of JumpStart®. It brings the entire industry together in a really affordable way.”

aa: “Is the selection of a great host city important in boosting attendance? What were the main factors which resulted in Cleveland hosting this year’s event?”

KB: “Three words: Rock and Roll. Cleveland Hopkins International Airport has been such a gracious host partner for this year’s JumpStart®, and the city’s location could not be more perfect. The airport has a strong record of success in recruiting and retaining airlines, so it will be nice for the industry to see that success first hand. Having the right host partner at the right time is what makes our event successful each year.” 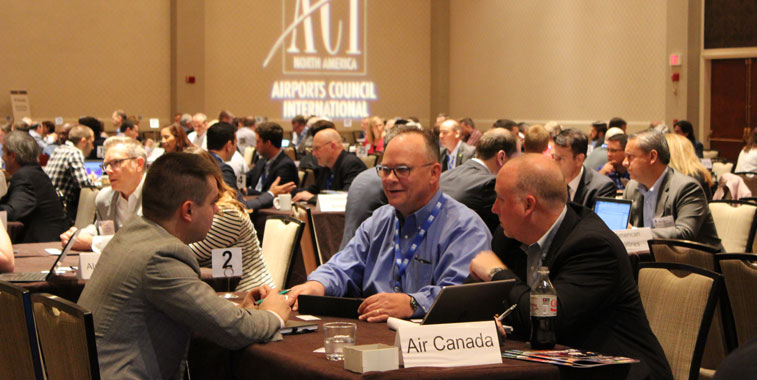 JumpStart 2018 will see 1,300 one-on-one meetings taking place. It is no surprise therefore that carriers including Flair Air, JetSuiteX, Southern Airways Express, Tropic Air, Tropic Ocean Airways, Ultimate Air Shuttle and WOW air are making sure that they don’t miss out on the action this year, with all of them attending JumpStart for the first time.