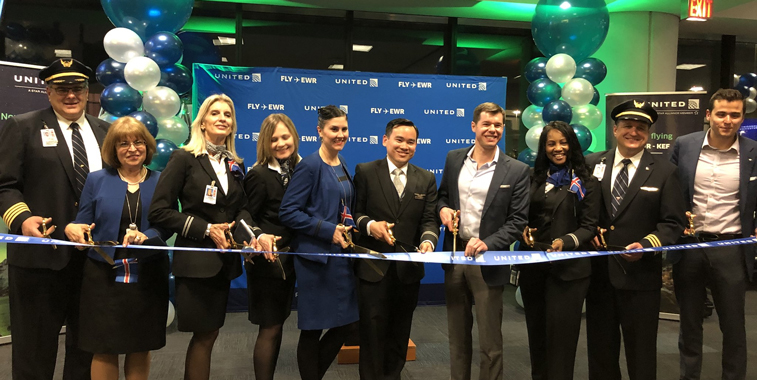 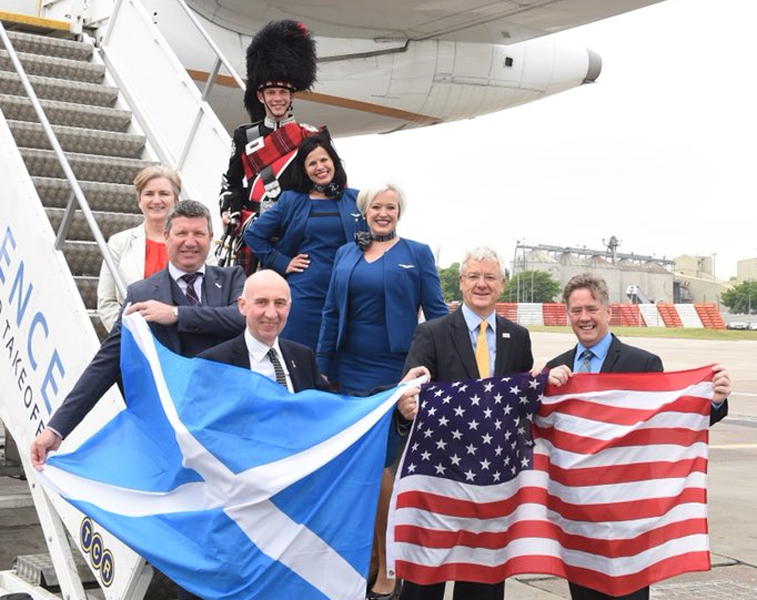 United Airlines introduced flights between Washington Dulles and Edinburgh on 23 May, with the route being celebrated the following day as the aircraft touched down in Scotland. This is the airline’s third route to Edinburgh, with it also serving the UK city from Chicago O’Hare and New York Newark. Pictured at the launch along with the crew and the bagpiper are: Denise Hill, Head of Marketing Strategy & Development, VisitScotland; Gordon Dewar, CEO, Edinburgh Airport; Sir John Elvidge, Edinburgh Airport Board Chairman; Bob Schumacher, MD Sales UK & Ireland, United Airlines; and Keith Brown, MSP, Clackmannanshire & Dunblane. The route will be flown on a daily basis with 757-200s.