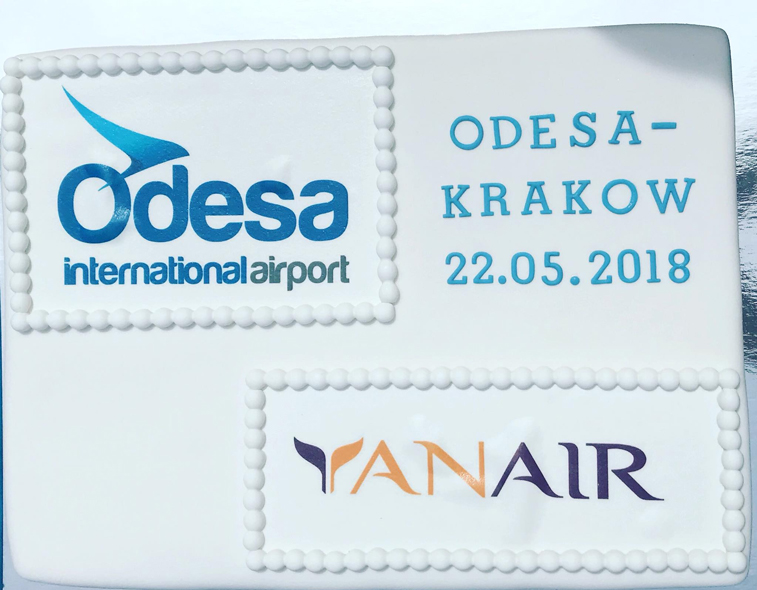 YanAir commenced operations from Odessa to Krakow on 22 May, with the Polish airport becoming the carrier’s most westerly destination in its network. To celebrate the new service, the Ukrainian airport baked this simple but informative cake. YanAir will initially serve the 900-kilometre sector twice-weekly (Tuesdays and Fridays), while a third weekly rotation (Sundays) will be added to the schedules from 15 July. The carrier will use its 737-300s on the sector. 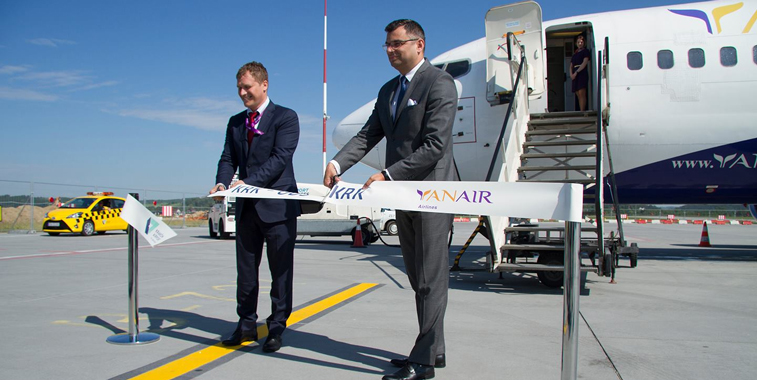 A ribbon cutting ceremony was conducted to officially open the new route in Poland. Honoured with cutting the ribbon were Taras Strigunenko, Commercial Director, YanAir and Radosław Włoszek, President of the Board, Krakow Airport. Odessa becomes the second destination in Ukraine, after Kiev Boryspil, to see non-stop flights from Krakow.