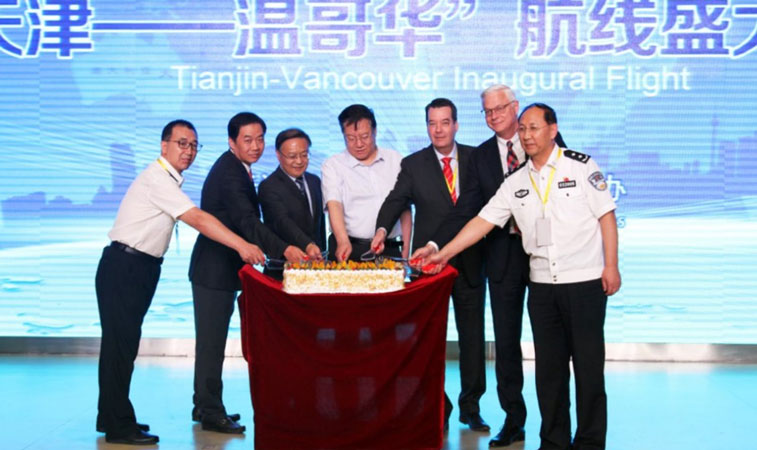 Hainan Airlines launched flights to Vancouver from Shenzhen on 25 May, a route which operates via Tianjin where a cake cutting ceremony was held to celebrate the new route. The carrier will operate the 10,400-kilometre connection twice-weekly on Mondays and Fridays from China, with no direct competition being provided.