Allegiant Air commenced a route between Oakland and Memphis on 30 May. Part of the festivities at the latter airport included a press conference. Among those to take part in the media briefing were: Scott Brockman, President and CEO, Memphis Airport; Pace Cooper, Chairman, Board of Commissioners, Memphis Airport; Kimberly Schaefer, Public Relations Manager, Allegiant Air; Phil Trenary, President and CEO, Greater Memphis Chamber; and Kevin Kane, President and CEO, Memphis Convention & Visitors Bureau. The carrier will serve the city pair twice-weekly (Wednesdays and Saturdays). 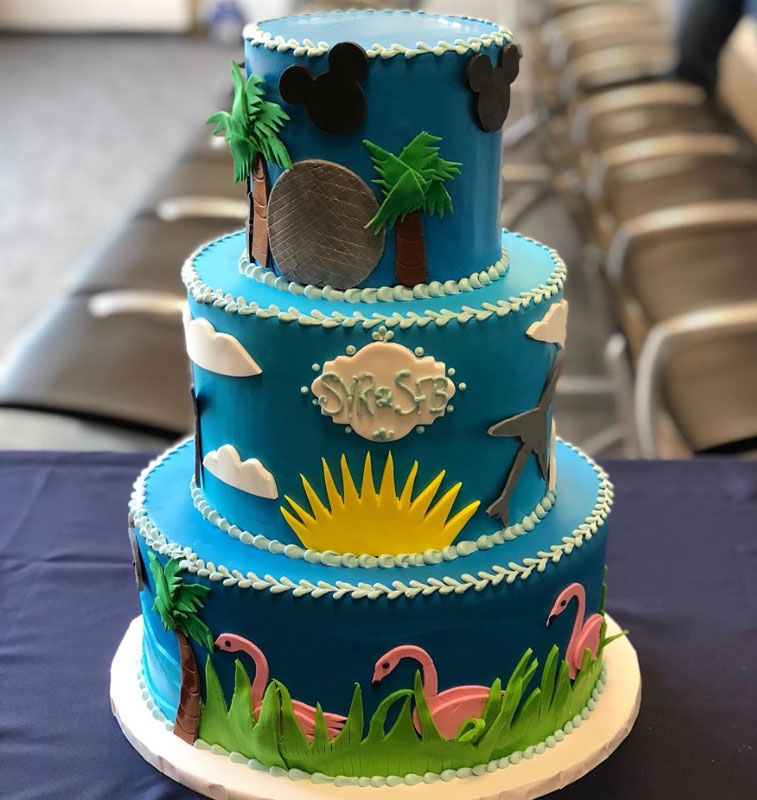 Syracuse Airport baked this cake to toast the start of Allegaint Air’s new route from Orlando Sanford on 30 May. The airline plans to serve the 1,658-kilometre city pair twice-weekly (Wednesdays and Sundays) using its MD-80s.